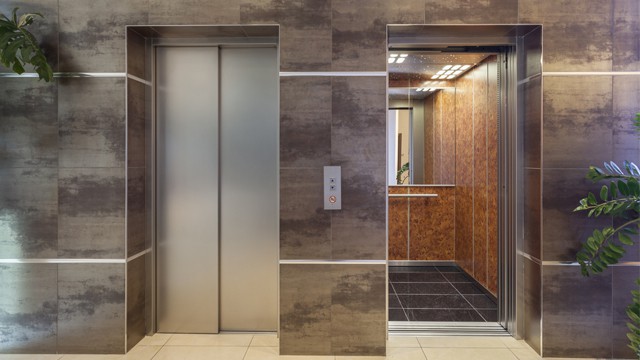 With Mississauga transitioning into a condo community (even though some of you don’t want to admit that that’s happening), more and more people use elevators each and every day.

That said, how often have you been in an elevator and noticed that people are either not exercising the proper etiquette, or seemingly don’t know how to use an elevator at all?

Here are some helpful suggestions for proper elevator etiquette, categorized as do’s and don’ts, based on my own personal experience being a condo dweller.

DO allow people to exit the elevator first, before you get on

You should always allow the person or persons exiting the elevator to get out before you get on. This standard practice reminds me of subway entrances I’ve seen in Hong Kong, when there are arrows on the floor to indicate who goes first. The picture below is one example from Hong Kong, and you can see what I mean. If we had these for elevators in condo buildings, perhaps people would instinctively remember to do this. I know that sometimes someone may be antsy to get in and may not realize someone else is trying to exit. But those are mostly outlier situations; the conventional wisdom and the regular thing that happens should be…let people exit first, then get in.

Let’s face it, when you’re rushing to get to work in the morning and everyone else is doing the same, things get hectic. But that shouldn’t deter people from being courteous. Hold the door open, or hold the door open button. It shouldn’t be an inconvenience. At best, hold it for about 15-20 seconds.

The flip side is that this should be done only if there’s just a few people in the elevator or if the person rushing into the elevator is only a split second from entering. Don’t hold the elevator if it’s crammed full of people. If you do that, you’re just holding up things for everyone else, especially that one person who takes her sweet time getting in and then holds the elevator for her husband who’s not moving fast enough.

There are numerous types of people living in condos that I swear have never used an elevator before. Many times, I have been asked ‘is this elevator going up or down?’ or some version of the question. In the case of my elevators, there are clear lights on the side of the door that indicate which direction the elevator is going. With all such clear indicators, why do people insist on asking me if the elevator going up or down. Opening your eyes and paying attention would do us all a lot of good.

When you live on the second floor, or even just a few floors from the lobby, why do you need to take the elevator if you’re an able-bodied person that could just take the stairs? Barring if you’re disabled or a senior, you should just climb a few stairs, no need to wait for a delayed elevator, especially if there is only one elevator available because the other ones broke down. It would actually be faster for you and give you some extra exercise. Expanding on that point, if there is only one elevator working, do everyone a favour and take the stairs if you live on the second floor, lest you delay the trip back up for other people living on higher floors.

DO keep phone or live conversations to a minimum

I ran into an friend in the elevator who was tutoring someone in my building. As I recalled exchanging emails on an issue a few weeks ago, I asked her ‘did you get that thing I sent you?’, while the elevator was full. I knew I didn’t have time to go over details with her, but I was also aware I was in an elevator full of people and giving out details on private conversations isn’t wise. Likewise, if you’re talking on your cellphone while in an elevator, try keeping your voice down to a low level and keeping it brief.

This sounds like a no brainer and yet on more than one occasion, I’ve walk into an elevator and the floor was littered with rice, chickpeas, or even potatoes (one time, there was a water bottle). Many other occasions, I could not even identify the substance on the floor (vomit would have been a good guess, judging from some of the smells). If it was an accident, perfectly understandable, but you should notify the concierge as soon as possible. If you’re doing this on purpose….why???

For more suggestions, you can see this helpful list with colourful graphics. Try to remember that an elevator is a common element within a condominium; it’s a shared space, so treat it like one.