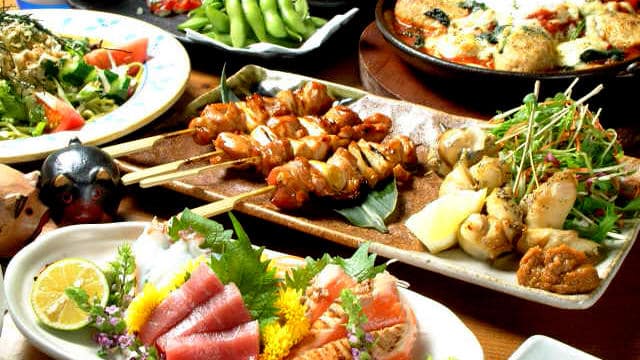 Brampton’s burgeoning food scene – particularly the Four Corners – is a topic often broached by just about anyone who’s grabbing a bite in the city.

Busy worker bees polled by inbrampton.com say they’re on autopilot, mindlessly hitting up the same lunch spots, while visitors say they’ll search online and come up empty when it comes to specialty cuisine, thereby forced to leave the city.

There’s a plethora of South Asian options in B-Dot, but what’s missing? Here are a handful.

5) American BarbecueRD’s Southern BBQ had it on lock until they left their tiny Kennedy Rd. spot for Hurontario St. and Aventura Ct. — meaning it’s technically in Mississauga now. The Kennedy spot brought out the carnivores in droves, looking for a hearty, finger-licking brisket, ribs, or mac and cheese. Anyone who sat down to dine watched a stream of locals trickling in for a pickup order.
While residents don’t have to travel too far to dive into a monster poutine, RD’s move has left the city a little undernourished in the meat departmen. Although JB’S Street Meat is helping diners get their meat fix, it would be nice to see a few more BBQ options scattered throughout the city.
4) LebaneseFalafel, fattoush, fresh hummus… Lebanese food hits the spot, whether it’s a 2 a.m. craving or a harried 1 p.m. lunch in the car. And lunch in the car isn’t complete without Lebanese fries, which are so delicious and highly desired there’s even a French fry sandwich in Beirut.
But Bramptonians shouldn’t have to fly out of Pearson for a solid range of options from Lebanon, or rely solely on franchises such as Paramount Fine Foods or Osmow’s to fulfil their needs.

Nahla’s Cuisine on Dewside appears to be holding it down but let’s have some alternatives, right?

Salt fiends know all about those pickles and beautifully hued turnips … and to wash it all down, most mom-and-pop places make fresh juice or smoothies on the spot or offer Turkish coffee.

3) MexicanSearch for taco places and you’ll find an array of franchises. Where’s the authenticity, Bram-Bram? La Catrina is the go-to spot right now but certainly, Brampton can handle a little friendly competition. Gym rats expend so much energy looking for lighter fare and Mexican grub is always a yes!

We highly doubt diners would sigh at the notion of another Mexican option–especially if it set up shot a little outside the downtown core.

2) VeganIndian restaurants dominate search results for vegan options in Brampton. While it’s common for South Asians, such as Hindus and Jains, to follow vegetarian diets, most Indian kitchens use dairy – butter, yogurt and cream, primarily – quite liberally in everything from chicken curry to saag to dal makhani to potato kurma.

Hence the dilemma … Main Street’s Carve on Lot 5, which offers bean soup and a few other vegan choices, is getting some buzz but only one solid option isn’t exactly inspiring, especially if you work in Toronto.

Less is more…except if you’re looking to eat at a tapas place north of Hwy. 407. Tapas is incredibly hot right now and for good reason–share plates are awesome. There’s also something uniquely sexy and cool about tapas joints, especially since such restos tend to pair their on-trend Spanish-style offerings with mood lighting. All tapas joints make good after work and date hotspots, so it would be great to see a few more in B-Town.