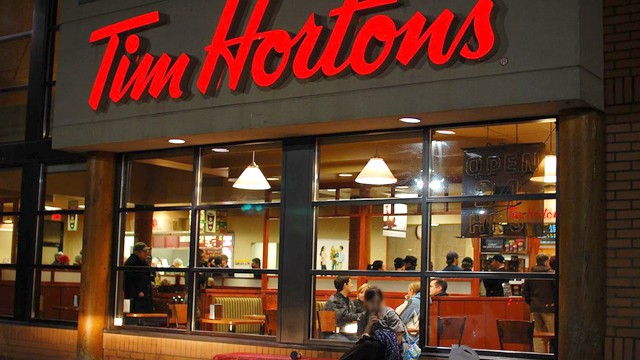 As Canadians, we all love our Tim Hortons. No matter the weather, us crazy Bramptonian’s love our double-doubles and will do whatever it takes to get our caffeine fix. In fact Brampton has a whopping 26 location within our borders!


As Canadians, we all love our Tim Hortons. No matter the weather, us crazy Bramptonian’s love our double-doubles and will do whatever it takes to get our caffeine fix. In fact Brampton has a whopping 26 location within our borders!

However, as I am sure you may have noticed, there is a second reason why some people go to Tim Horton’s and that is to hang out in the parking lot (not sure why but we’ve all done it)! So, without further delay, please find the top five groups of people you will see in a Timmy’s parking lot in Brampton.

More of a summer thing but whether it’s a weekend warrior dad on a Honda touring bike or a guy on a crotch rocket living his life on the weekend to DMX’s Ruff Ryders Anthem, a parking lot at Tim Hortons in Brampton is home to “bikers” of all sorts. No matter if you’re going to Port Dover with your grey haired buddies or flying up highway 10 on your Hayabusa to the absolute towers with Amber Rose on the back, you hit up Timmies first!

There is something about a parking lot at a Tim Hortons that makes people want to smoke. Once upon a time it was cigarettes, and now (by way of technology) it’s vaporizer pens.  You will see these guys charging up their “vapes” in their cigarette lighter outlets while they blast some sort of Eastern European house music out of their pickup truck or work van.

Taxi drivers in the suburbs have it rough. They have to deal with drunken idiots puking out of the windows, kids stiffing them on fares and long, talk about how they hate Uber and LONG hours. So, in between calls or when they have a few minutes to relax, they drive immediately to Tim Hortons, park in the parking lot and get out and scream as loud as they can on one of their four mobile phones. You can usually spot these guys face-timing with family overseas while sipping a double double.

This is quintessential for any Tim Horton’s parking lot in Brampton. There is something about a Tim Hortons parking lot in the city that makes someone in a 1999 Honda Civic just cream their donuts! You can usually identify these guys by their overuse of the term “bro” and miniature boxing gloves hanging in their rear-view mirrors.

This group of 20-somethings can typically be spotted in their lowered 2006 Infiniti G35 coups blasting Arabic pop music like it is going out of style! With razor thin chin strap beards, body builder physiques and the aura of Aqua Di Gio, you can usually find this cast of characters sipping on XL French vanillas while smoking double apple shisha out of the back of their cars.