5 Anticipated Restaurants for 2017 in Mississauga 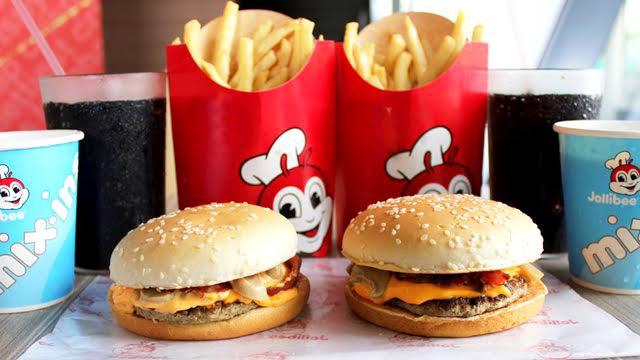 We’ve said it many times and we’ll say it again–we would put Mississauga’s restaurant scene up against anyone else’s.

Here’s a look at some exciting restaurants that are slated to open in 2017 in Mississauga (in no particular order).

While Mississauga has a ton of tasty AYCE Japanese joints, there’s always room for one more. When popular AYCE joint Sushi Sushi shuttered its doors, some locals fretted over what would take the hot spot’s place. Well, there’s no need to fear, as popular AYCE resto K&B Sushi is about to set up shop in Sushi Sushi’s old Millcreek Drive location. K&B, which currently operates two other GTA locations–one in Oakville and the other in Etobicoke–offers a decadent mix of Japanese, Chinese, Korean and Thai cuisine. Like other tech-savvy AYCE joints, it utilizes an ultra-convenient iPad ordering system. Although the menu may differ from its nearby Oakville counterpart, there’s no doubt the resto will offer a pleasantly overwhelming plethora of menu items, including edamame, takoyaki, General Tao chicken, sushi, sashimi, udon, tempura and more. Stay tuned for more news about the official opening date. Mississauga may possibly become home to Cafe Diplomatico Restaurant & Pizzeria – a popular Toronto icon located in Little Italy along College St. It’s known to locals as “The Dip” and was one of the first restaurants to build a patio on the College St. strip, helping shape the community’s pedestrian-friendly vibe. Rumour has it that Diplomatico will take over an existing building in Mississauga in Port Credit that will offer a lakefront view along Stavebank Rd. If this is true, Snug Harbour will no longer monopolize Mississauga’s waterfront space and we will finally have another option for waterfront dining in the city. Look out Mississauga! Chef Massimo Capra and his signature ‘stache and big personality are coming our way. Chef Massimo is finally opening a restaurant called Capra’s Kitchen in his hometown of Mississauga in the former Villa La Bella space along Lakeshore Rd. in the Clarkson neighbourhood. Chef Massimo is an accomplished celebrity chef, TV personality, author and Saugaboy who has an extensive resume. Starting from the ground up, his career began when he first started toiling in kitchens in Italy. He made his way to Toronto in the early 80s and worked in a few notable fine dining establishments in the city. His plans are to completely renovate the space with an estimated opening date sometime in the summer under the new name Capra’s Kitchen. It will be a brand new restaurant concept with a brand new menu offering lunch, dinner and weekend brunch. Recently, we were all shocked to learn that the Cock and Pheasant, a long-standing Streetsville mainstay known for raucous nights and live music, was closing its doors for good. Rumours swirled regarding which popular Mississauga-based bar would move into C&P’s very recently vacated prime real estate and a few names were thrown out there. Now, we know for sure that ultra-hip bar Door FiftyFive is about to set up shop where the C&P stood for years.Door FiftyFive opened its Port Credit location in 2015 to significant buzz and much-deserved fanfare. The bar is distinctly unique, offering a sophisticated menu of tasteful southern offerings and an astounding range of high-end cocktails. The prohibition era-themed bar is known for its elegantly rustic decor, vintage fixtures and incredible spirit selection.Streetsville’s Door FiftyFive is tentatively slated to open in March of 2017. If you’re a big fan of foreign fast food chains, you are in luck–Mississauga is about to be home to a restaurant giant that’s rapidly expanding throughout Asia and North America. Jollibee, the largest fast food chain in the Philippines, is set to open a location right in our neck of the woods. The brand, which offers burgers, chicken, noodles, rice meals, sandwiches and breakfast, will be located inside the soon-to-open Seafood City location in Heartland Town Centre. The creative and growing brand offers a range of Asian and North American staples, boasting traditional fast-food hamburgers, spaghetti (which is definitely an unusual find at quick-service chains), fried chicken, garlic pepper beef, spring rolls, corned beef breakfast dishes and more. The store is expected to open in spring of 2017.