5 Anticipated Restaurants for 2017 in Brampton 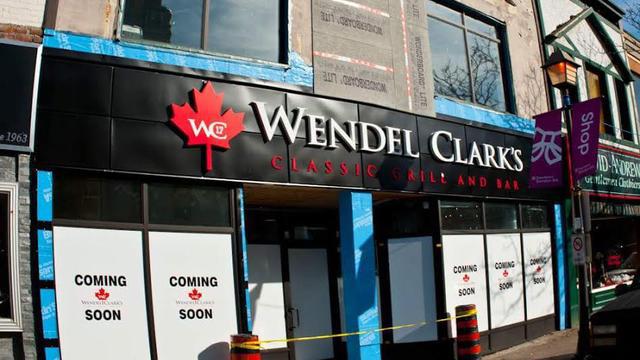 We’ve said it many times and we’ll say it again—we would put Brampton’s restaurant scene up against almost anyone else’s.

Here’s a look at some exciting restaurants that are slated to open in 2017 in Brampton (in no particular order).

Fans of Mediterranean food might be happy to know that popular restaurant chain Taste of Mediterranean is opening a brand new location in Brampton. The brand, which opened its first location in Canada in 2004, is a quick-service, casual dining resto that boasts an open kitchen and a plethora of classic Mediterranean dishes.
Some menu items include a Lebanese platter (chicken shawarma with hummus, tabouleh, Greek salad, rice and pita), a Greek platter (beef Greek gyro with rice, saucy potatoes, Greek salad and pita), shawarma wraps and more. The resto currently boasts locations in Kitchener, Richmond Hill and Mississauga. The restaurant is slated to take shape near Brampton City Hall very early in New Year–perhaps within in the first two weeks.

If you’ve been missing Italian restaurant Vesivuos, you’ll probably be happy to know that it’s re-opening soon.
Although an official opening date has not yet been set (and it appears it’s been pushed back since July), the restaurant is scheduled to begin serving customers once more and should be up and running sometime in 2017. That’s likely good news for loyal diners, as the restaurant has been closed since the spring. Back in March, restaurant owner Maurizio D’Acunto announced that the ristorante would be temporarily closed after a water main break flooded the space.

Come next year, there will be a new chef in town and he’s bringing Canada its first five-star Indian restaurant. Mayura by Chef Ranveer Brar should be opening early in 2017. Brar has said that the menu will essentially be a secret until the restaurant opens. But the chef is known for Lucknow’s kababs, a staple of his hometown of Lucknow, India. Brar, India’s youngest executive chef, has been a regular judge and host of Master Chef India and currently has 20 restaurants open worldwide. Brar once told the media that he focuses on each establishment having their own fusion of culture through food and its location. It wouldn’t be a stretch to imagine that Brar may add a pinch of Canada to create his own taste of Brampton.

This one is a big (but exciting) mystery! Although there aren’t too many details available on this new Indian restaurant, we know it’s slated to take shape in the old Clinton’s on Main location. Recently, Shalimar operators reached out to inBrampton.com to share some details on their opening. Once we know all the tasty details, we’ll share them with you.

If you like classic and chic bar and grill restaurants and you’re wondering when a certain former hockey player’s resto is about to open, you’ll probably be happy to know that the brand’s newest Brampton location will be opening its doors sooner rather than later. According to restaurant representatives, Wendel Clark’s Classic Grill and Bar is slated to open in late January, and that’s good news for fans of comforting western staple foods and the hockey legend himself. The casual dining restaurant—which boasts locations in Vaughan, Burlington and Hamilton—is slated to set up shop on Main Street North, just steps away from the Rose Theatre. Some popular menu items include baby back ribs, chicken quesadillas, six different types of burgers (including the Wendel burger with bacon, onion rings and cheddar cheese), Montreal smoked meat sandwiches and more.