At a time when intensification in Mississauga is a hot—and exciting—topic, residents are often relieved to hear that the city's precious green space isn't going anywhere.

And fortunately for green space lovers, Mississauga is about to invest in a vast and growing park.

There is 45.5 ha (112.4 acre) of park space that is going to be developed in Malton in the not-too-distant future. The City of Mississauga plans to invest approximately $40 million into the development of Paul Coffey Park to manage the lifecycle of current assets and to plan the long-term sustainability of the natural cultural landscape. Redevelopment of Paul Coffey Park was recommended in the Future Directions Parks & Forestry Master Plan. As of now, there have been several public engagement meetings, several presentations at City Hall and consultations with Ward 5 Councillor Carolyn Parrish on the future of the park.

Using all the information gathered at these various engagement sessions, the Paul Coffey Park Master and Transition Plan will be developed and a concept/design and plan will be finalized. Based on the consultations, 47 per cent of the park will feature community gathering space, 38 per cent will boast recreational opportunities and 15 per cent will be green space. 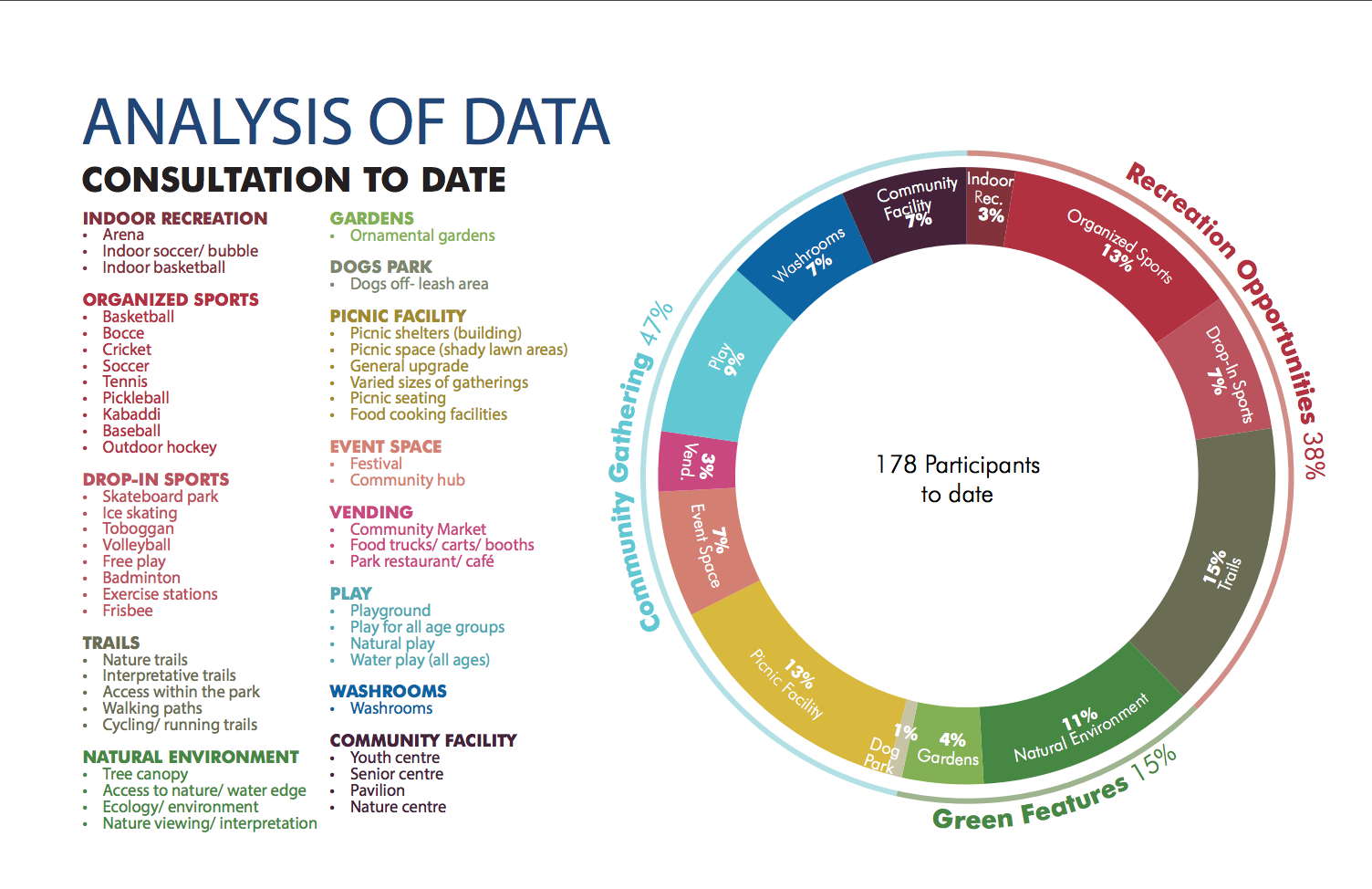 There are two concept options that have been showcased thus far. Concept A focuses on creating an active and passive recreation park with a soccer field. Concept B is focused more on natural heritage and cultural destination. 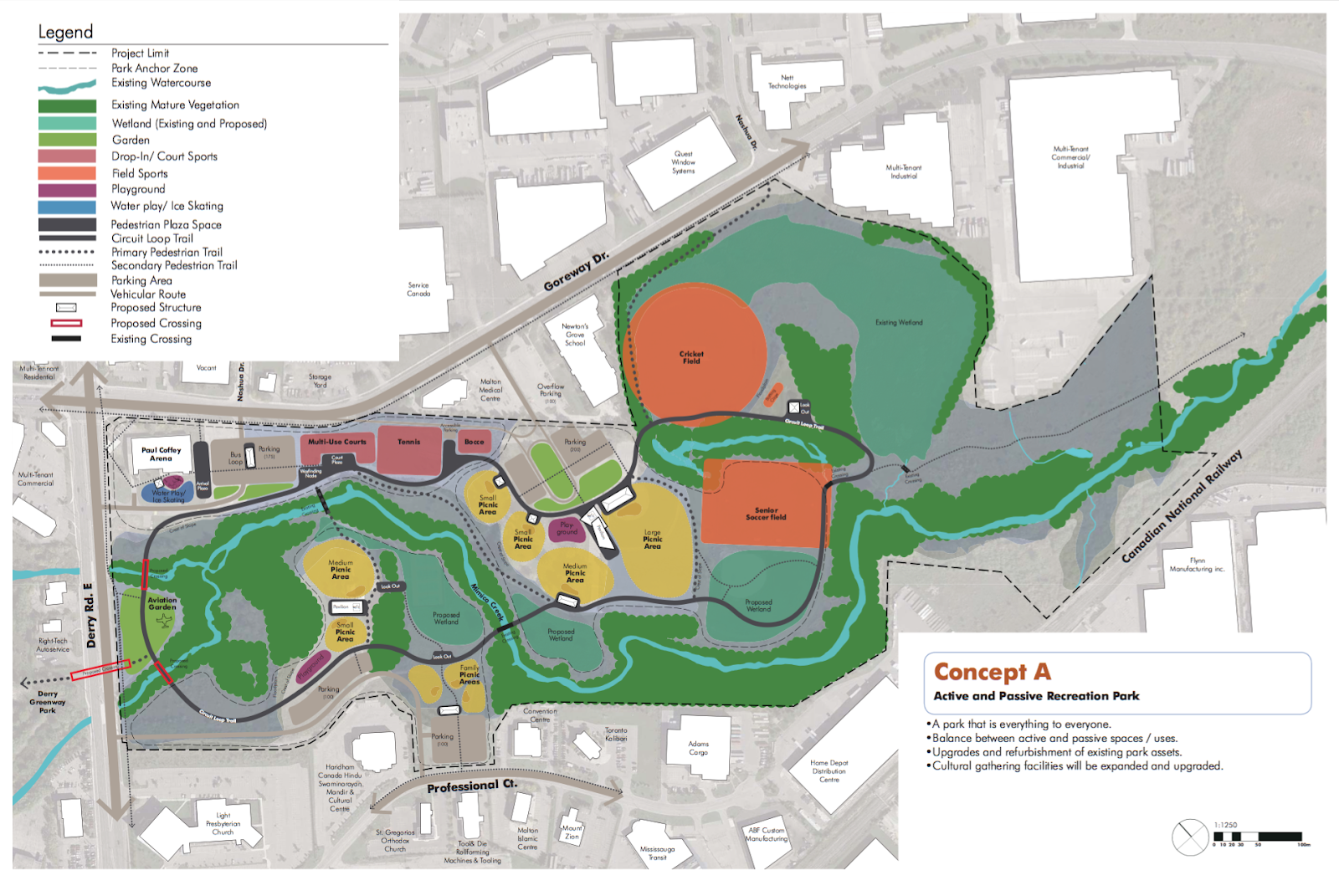 Some considerations that will go into the planning of Paul Coffey park include park anchors, constraints with the wetlands and floodplain and the park circulation (paths).

One concern in general that was brought up at the Environmental Action Committee is that the park itself does not connect well with the surrounding community, as the park is located in an industrial area. For that reason, a city-wide pedestrian corridor study could be considered.

As residents might recall, the park has already received some attention in the form of the refurbishment of the CF-100 aircraft that is located near Paul Coffey arena.

The CF-100, also known as the Avro Canada CF-100 or "Canuck," was refurbished in 2017 and is a highlight for the park alongside Derry Road. A path will be completed that will connect the current playground by the arena to the Aviation Garden.

Ward 5 constituents, as well as the Malton Business Improvement Association, collaborated to raise funds to assist in the refurbishment.

The park already offers something for families as well.

On the southwest corner of Derry Road and Goreway Drive is the children's playground, a collaboration between Earthscape Playgrounds and the City of Mississauga. The playground is inspired by wooden castles found in Toronto's High Park. The project cost the city roughly $350,000, with $125,000 from the federal government and $200,000 from private sponsors.

"I wanted to provide something so unique and so special that it would create a sense of pride. Folks would understand that there were those who cared about the thousands of little kids in the village," said Parrish.

“The next four years will see Malton progress, modernize and amaze- including this $40m rebuild of Paul Coffey Park."

It will be exciting to see this project unfold and hear more details on the development as information is released.

Popular Toronto Thai restaurant opening a location in Mississauga
Mississauga’s newest Thai restaurant, Mo Thai, is coming to Cooksville before the end of May.
END_OF_DOCUMENT_TOKEN_TO_BE_REPLACED