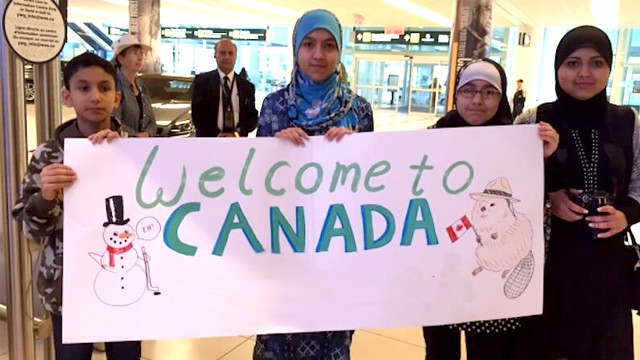 A recent Mississauga News article revealed that almost four times as many Syrian refugees than initially expected have chosen to call the Peel region home.

Of the 11,500 refugees living in Ontario, 732 of them have settled in Mississauga and Brampton.

The News reports that the figures were part of a recent report submitted to Peel Region Council. Initially, the region was expecting 192 newcomers, as per data from Immigration, Refugees and Citizenship Canada (IRCC). According to the article, the Toronto-based Costi Immigration Services, the agency responsible for coordinating resettlement in the region, confirmed that roughly 40 per cent of people temporarily housed in TO looked westward when it came time to choose a home.

It also looks like Mississauga held particular appeal for newcomers, as the city is set to house 708 refugees. Less than a year from now, Peel residents can expect to see another 500 newcomers from the war-torn country.

While it’s almost always difficult to adjust to a new home and culture, the region has done its best to mitigate the natural growing pains associated with displacement and change. Last November, the Syrian Refugee Settlement Group — co-chaired by both the region and the United Way of Peel — was established to smooth the resettlement process. That said, change is never easy.

Peel Region’s Community Partnerships Director Sonia Pace told The News that it’s been challenging to settle larger families — especially those with eight to 10 children. Pace told the newspaper that a housing subcommittee was formed to address housing concerns.

While the Canadian government is providing financial support for newcomers for their first year, other organizations are working to ensure that the transition continues to be a smooth one should new Canadians struggle to find gainful employment.

“If they’re not successful in (finding) employment, what’s going to happen on that 13th month when the money is no longer available to them?”, Pace told The News.