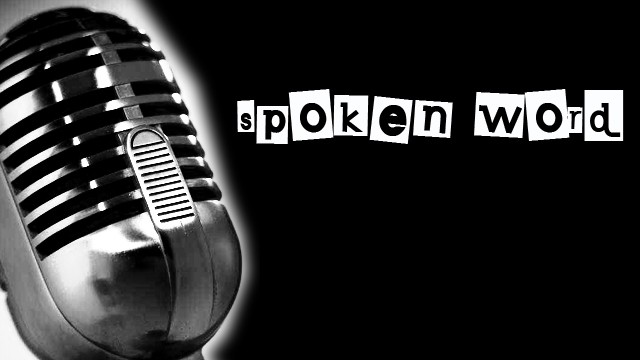 On Monday January 30th the 3rd Poetry Slam was held in Mississauga’s Mondello Ristorante in Streetsville. Tonight’s slam had a $100 prize up for grabs and the top 5 slammers get a chance to compete for 4 open spots to attend the Canadian Festival of Spoken Word held in Saskatoon later this year. These 4 spots are earned through points gathered by these monthly poetry slams. First place gets 5 points while fifth place gets one. Points are accumulated over the next few slams and the top 4 point getters have the opportunity to head to Saskatoon to represent Mississauga for the first time ever.

Tonight’s slam had more topics than and Octopus has legs and Elizabeth representing UTM had an educational themed poem about just that – an Octopus, which won her 5th place tonight. Ken was the 1st place winner performed an encore poem about Super Mario Brothers for the original Nintendo that had the packed house going crazy.

Here are a few questions we asked the slammers to try to lure you on stage: 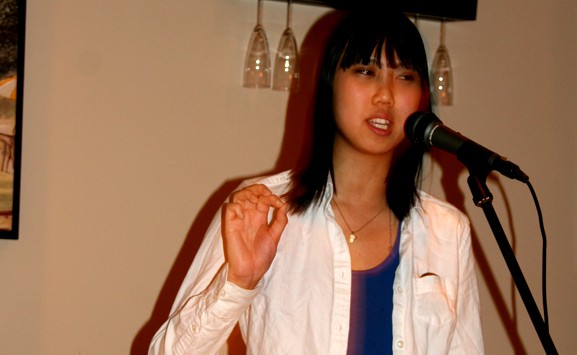 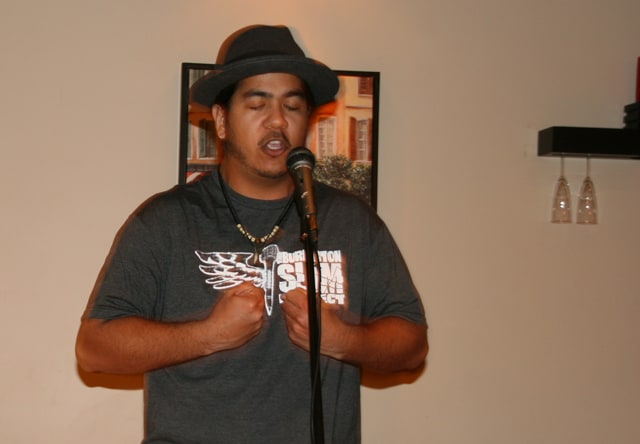 What can you expect when going to a Poetry Slam?
“Lots of different voices and styles. You hear some political, some personal, everything is very energetic. It’s not your grandmother poetry reading.”

What do you say to a person that wants to try to slam on stage for the first time?
“I remind them they have a voice and to not be afraid and to keep at it.”