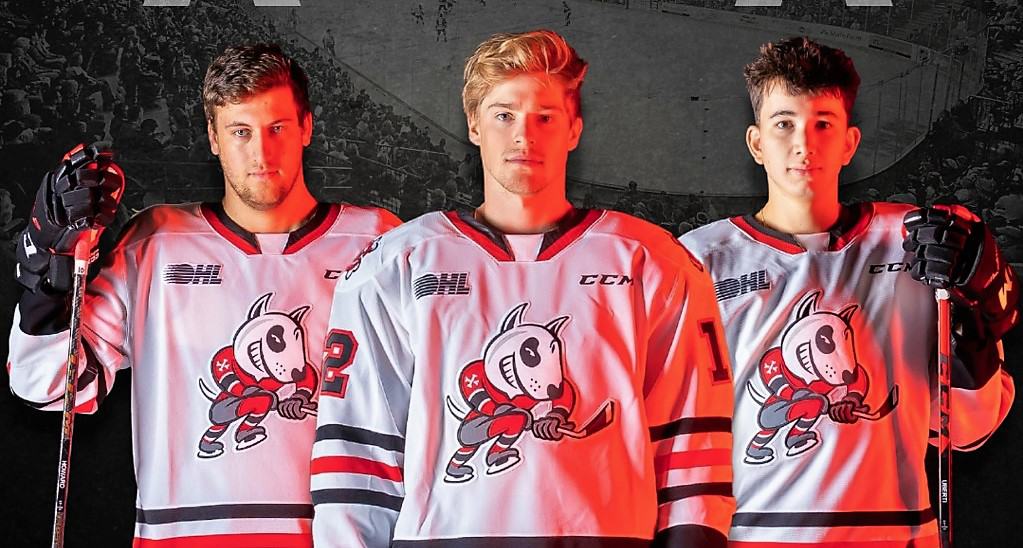 Cam Butler got the nod for the C while Jake Uberti and Mason Howard were selected by the coach as the assistant captains.

“I have an incredible amount of trust and respect for Jake, Mason and Cam. To see the quality of person that these guys have developed into is a great feeling. I could not be more confident in their abilities,” said Burke.

Butler, who joined the team in 2019, said being selected captain was “extremely special to me.”

He added, “We have such an incredible group of guys on this team and have taken huge strides. It’s going to be a very exciting season.”

For Uberti, now in his third IceDogs’ season, the key was showing the other Ontario Hockey League teams the potential Niagara has for this season.

“We can’t wait to show this league the steps we have taken as a group and be a real powerhouse in the OHL,” said Uberti.

Veteran defensemen and fan favourite since 2018, Burke said Howard was selected because “Mason has been a leader his whole life and he is the absolute epitome of a team-first guy. I’m proud of him and I know he will do a great job.”

For his part, Howard said he “couldn’t be more excited to start the season.”

(Photo of Mason Howard, Cam Butler and Jake Uberti provided by the IceDogs)