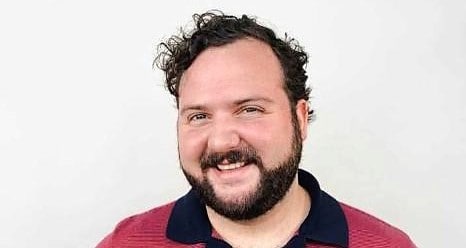 This week, Mertens found out he was named the 2021 winner of the prestigious Canadian Public Relations Society (CPRS)-Cision Student Award of Excellence, which “celebrates promising future practitioners who have demonstrated an ability and desire to contribute to the status and acceptance of the profession.”

Ironically, Mertens, a resident of Hamilton, has never set foot on Niagara College’s Niagara-on-the-Lake campus as his school year (2020-2021) was entirely online. That said, he’s pretty jazzed about the big win.

“I’ve never been the ‘top student’ in anything, anywhere before. Being recognized with such an honour is reassuring that I am on the right path,” said Mertens, who maintained a 90 per cent-plus average the entire year.

“I am so proud to represent both Niagara College Public Relations and (current employer) Zak Communications in the national spotlight. I think it shows the College and agency are modern, quick to adapt and hubs for innovative, creative ideas. And that’s what PR is all about.”

Mertens was nominated for the national student award by PR program coordinator Emily McInerney who noted his high marks, level of professionalism and keen desire to learn, along with the positive impression he left on his instructors, peers and industry guests during his time in the program.

In addition to his studies as a full-time student, she added he also worked freelance communications to support small business owners and non-profit organizations.

Mertens said being off-campus didn’t deter him in the least, as the course “continually exceeded my expectations.”

“Over the past year, I’ve had experience working with non-profit social impact organizations lobbying for human rights, worked with an array of small business owners, launched events for tourism organizations,” he said, “and now I’m working with some of the top beauty and fashion brands in the world – all from my 100 per cent virtual education at Niagara College.”