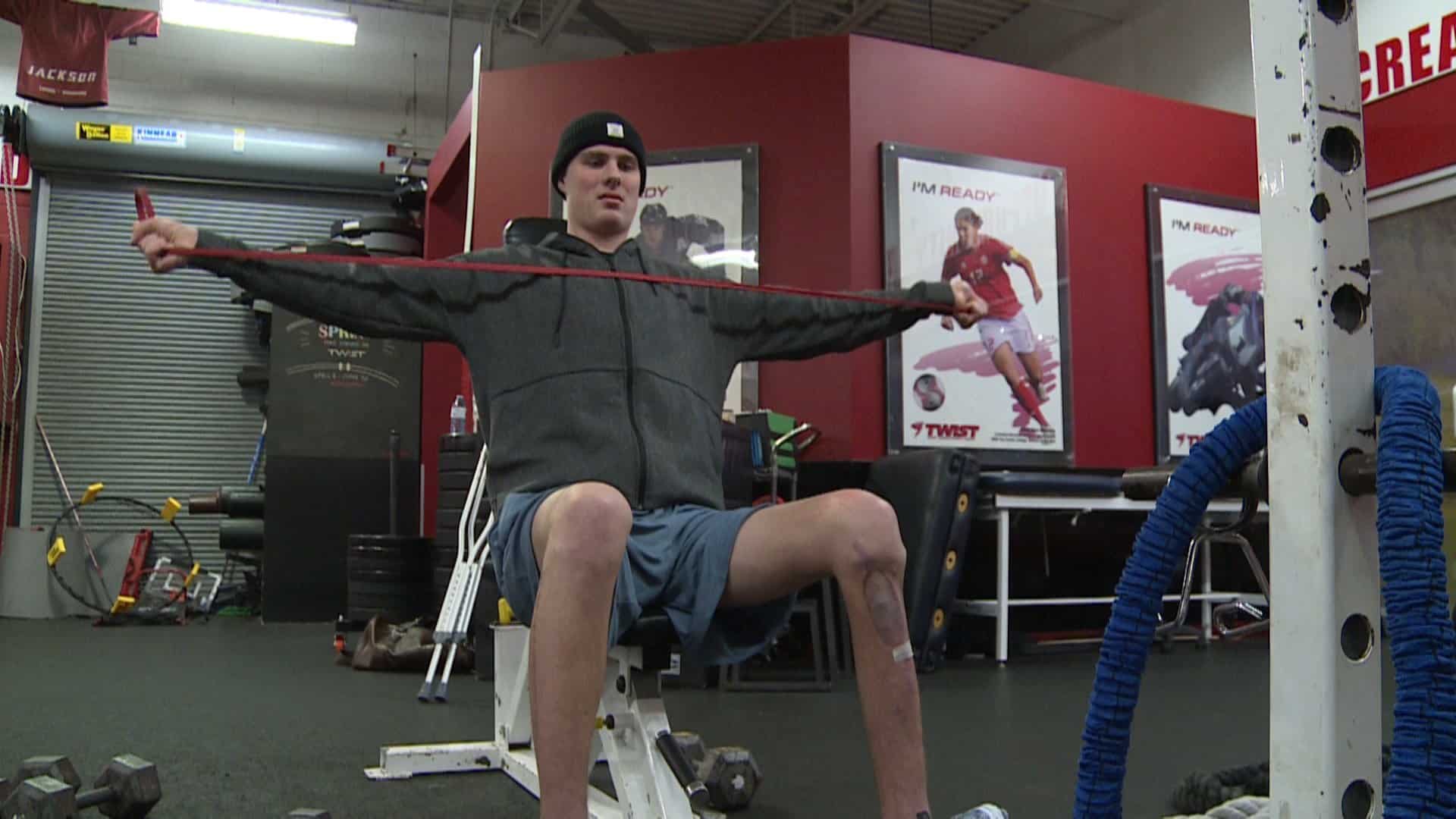 When Team Cirelli took to the ice this morning against Team Tavares in the first of three scrimmages on the first day of the Oshawa Generals’ training camp, there was one player in the line-up who stood just a little taller than the rest.

Lining up on defence and wearing number 37, the 6’4” Owen Brady stood out for way more than his height – you can blame his dad Chris for that – because it was how he got here that made him special.

It was nearly three years ago when Brady, then the captain of the Whitby Wildcats AAA Minor Midget team, discovered a bump on his left shin. That ‘bump’ turned out to be osteosarcoma – bone cancer.

Nineteen hours of surgery and nearly nine months of chemotherapy followed, leaving the 16 year-old Brady weak and a long way from being able to step on the ice against the best teenaged hockey players in the world.

But with chemo completed in the summer of 2019 and finally able to concentrate on hockey, Brady got back to the gym and eventually the ice, playing for the Whitby Fury Junior ‘A’ team in a junior showcase tournament last August.

He even blocked a shot with his knee and “got a nice bruise-slash-scar on top of my scar” he told the Hockey News. “But it’s all good.”

The Generals took a chance on Brady and selected him in the sixth round of the 2019 draft, hoping he could fight his way back to be the can’t-miss prospect he once was.

Now here he is at 18, lining up with his peers at an OHL training camp with his hometown club. And his mom Deirdre couldn’t be prouder.

“He has been such an inspiration to Chris and I,” she said. “We are thrilled for him.”