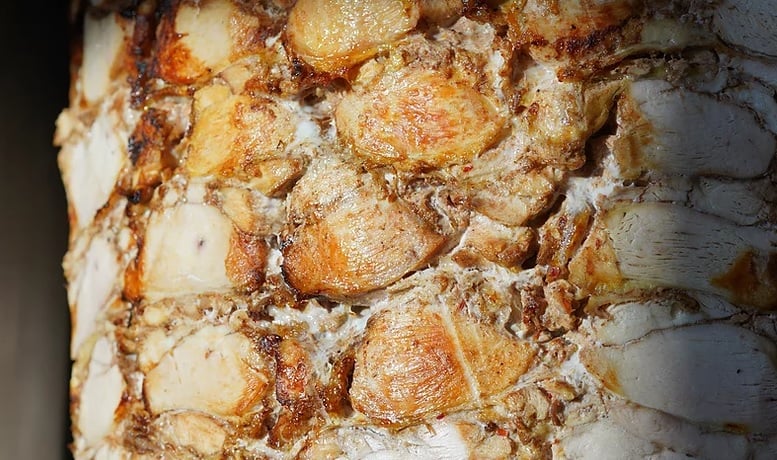 There is a new contender for downtown Hamilton’s connoisseurs of thin-sliced meat wrapped in a cone with turnips with pickles.

The space at 108 York Blvd. across from the FirstOntario Centre arena was formerly a 7-Eleven convenience store, so it has ample room for indoor dining, along with takeaway.

One distinguishing characteristic of Shawarma Royale is that it roasts only chicken and lamb on its vertical rotisseries. Many shawarma restaurants emphasis chicken and beef.

Prices for full plates start at $9.40 (for falafel) and range up to $14.90 (for meal options featuring lamb). Shawarma Royale, which has opened nine locations in Southern Ontario since launching in 2016, also offers ‘broasted’ chicken for the fried-food fans.

The chain’s other Hamilton location is on the Mountain (1786 Stone Church Rd. E.).

Downtown Hamilton is replete with places to get a plate of Middle Eastern food that are within a short walk of the downtown office towers. Nabil Middle East Fast Food (1 Wilson St.) has been fixture for close to a decade, and Lulu’s Shawarma (32 John St. N., at King William) has also proven popular.