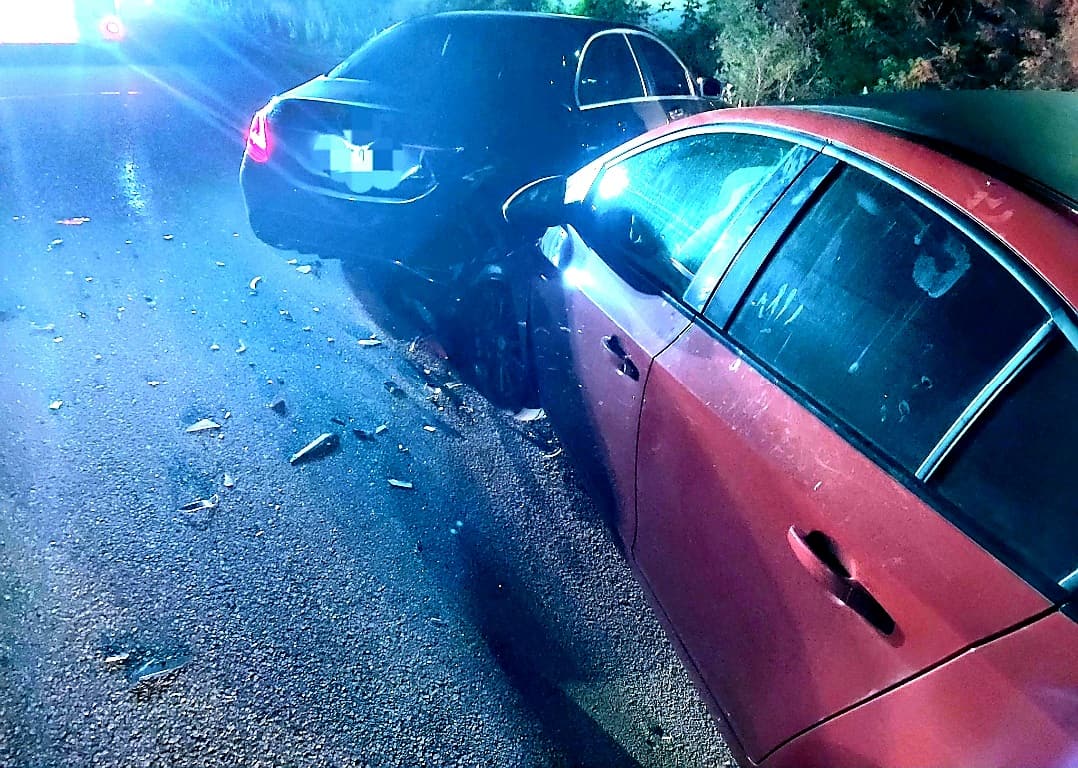 According to police, the vehicles smashed into another in the area of QEW eastbound and Erin Mills Parkway in Mississauga around 5:00 a.m.

Police say the vehicle hit one of the others from behind causing them all to crash into each other.

The 25-year-old is facing multiple charges including impaired driving (80 plus), drive prohibited, assaulting a peace officer, mischief and uttering threats.

The 25-year-old had one thing to say “My grandma is going to be mad”.

No injuring to report.