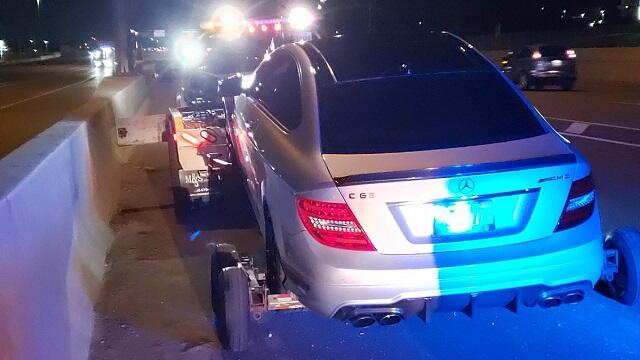 Police have laid charges in an extreme speeding incident.

According to the Ontario Provincial Police, a 21-year-old driver from North York was stopped at around 4 a.m. Tuesday  (Nov 17) after he was clocked going 228km/hour on Highway 403 in Mississauga.

Police say the 21-year-old driver was charged with stunt driving.

The vehicle has been impounded and the driver had his license suspended for seven days.