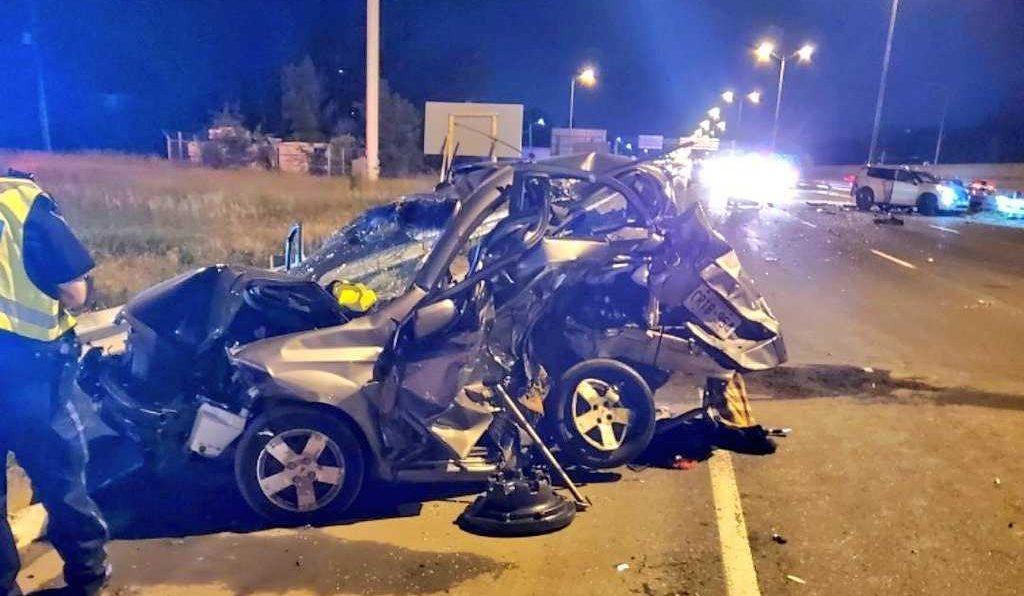 All lanes were blocked on the QEW eastbound and westbound due to a major collision in Mississauga last night (June 16).

The collision happened around 1o:30 p.m. on Thursday just before the Cawthra Road exit on the QEW in Mississauga.

Two people have died (0ne male and one female) and one other suffered critical injuries after a multi-vehicle crash on the Queen Elizabeth Way (QEW) highway in Mississauga.

All lanes were closed due to investigation until 5:00 a.m. but has since fully re-opened.

OPP state that 2 people died and two others were injured in the three-vehicle collision.

One person sustained critical injuries and the other injuries are minor.