Brampton Transit is having a resurgence of ridership in recent months with August recorded as having the highest number of bus passengers since before the start of the pandemic.

The City of Brampton has records of transit ridership numbers dating back to 2018. Those numbers faced a serious decrease from April to June of 2020 considering the COVID-19 pandemic had just begun.

But Brampton Transit ridership numbers have been increasing steadily since the start of 2022.

In January 2022, there were just over 1.6 million passengers recorded riding the busses in the city. The most recent number released for August shows ridership numbers sitting at more than 2.9 million. 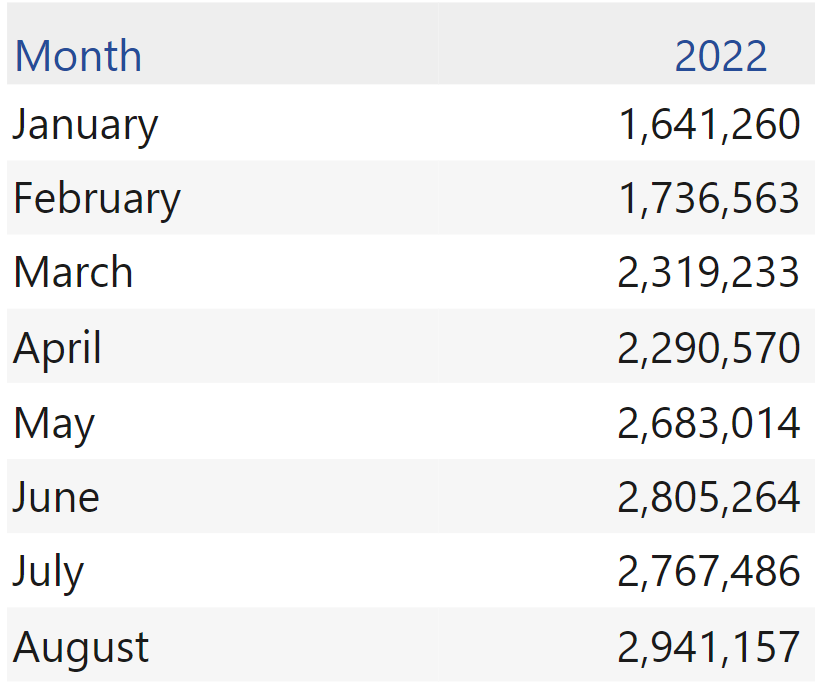 The monthly Brampton Transit ridership totals for 2022 so far.

Brampton Transit has not been doing this well in terms of ridership since October 2019 when 3.1 million passengers rode the busses, the highest number recorded yet.

And with the return of students to class in September, recent numbers are only expected to increase.