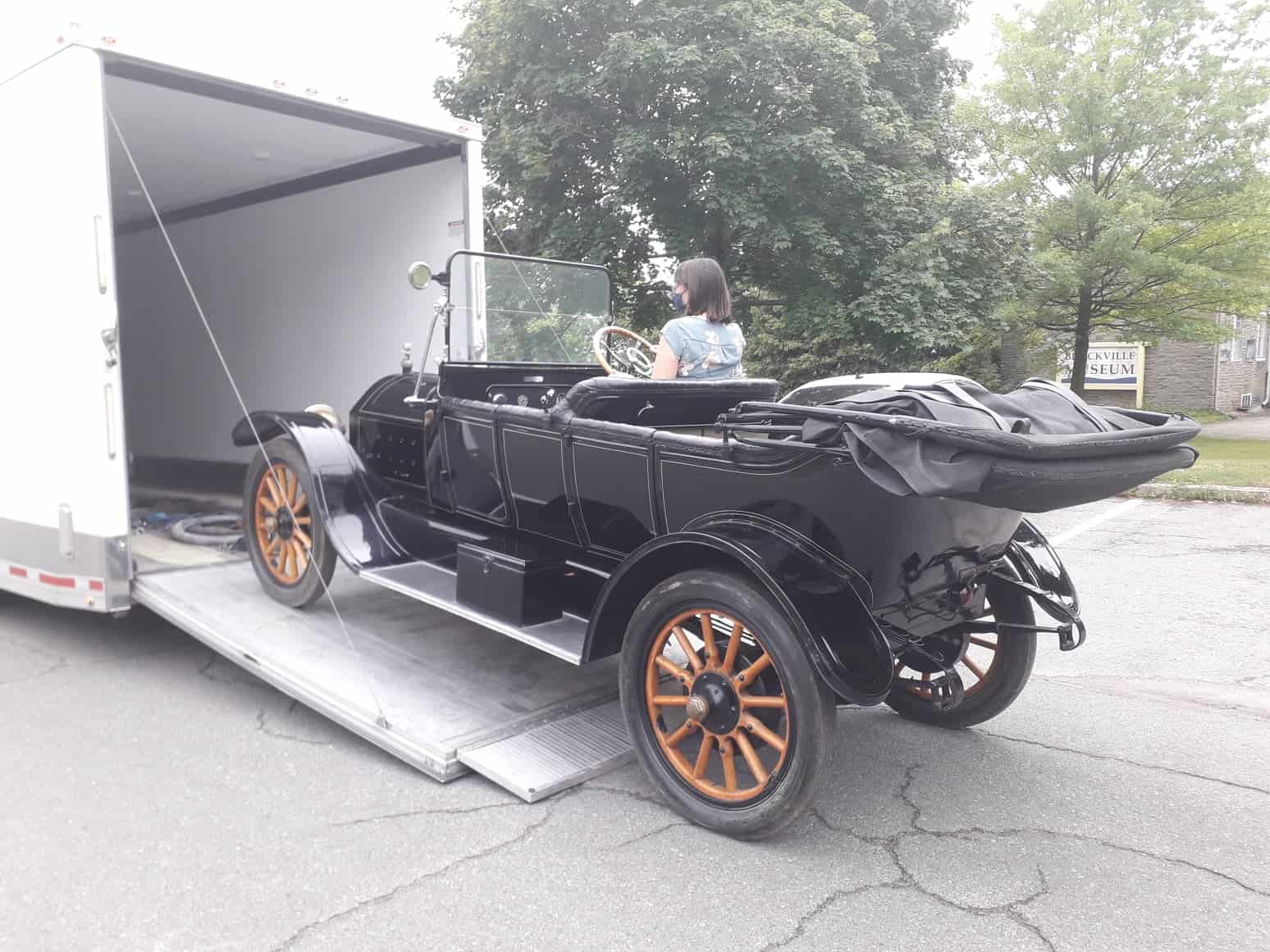 After more than a quarter-century on loan at the Brockville Museum, the 109 year-old Brockville-made Atlas motor car was finally returned ‘home’ to the Canadian Automotive Museum in Oshawa.

The Brockville Atlas Automobile Company was formed in 1912 and produced 300 cars in three years before the onset of the First World War forced its closure.

The Atlas Model A was a high-end car, selling for $2,000 in an era when vehicles like Henry Ford’s Motel T was retailing for under $600. It sported an engine from Indiana, axles and transmission from Ohio, radiators from Michigan, wheels from Chatham, Ontario and a wooden body made by Carriage Factories Limited in Brockville.

The Canadian Automotive Museum eventually acquired the vehicle and it loaned it back to its hometown in 1995 when Brockville’s Carriage Hall Museum opened in 1995.

Its removal from long-term display will make room for a new display in Brockville, which will include the New York Restaurant Sign, acquired by the museum last year. The museum’s own restored automobile, the Briscoe, will remain on display.

Professional car movers were brought in to move the Atlas into its special trailer before the drive west on Highway 401 to Oshawa.