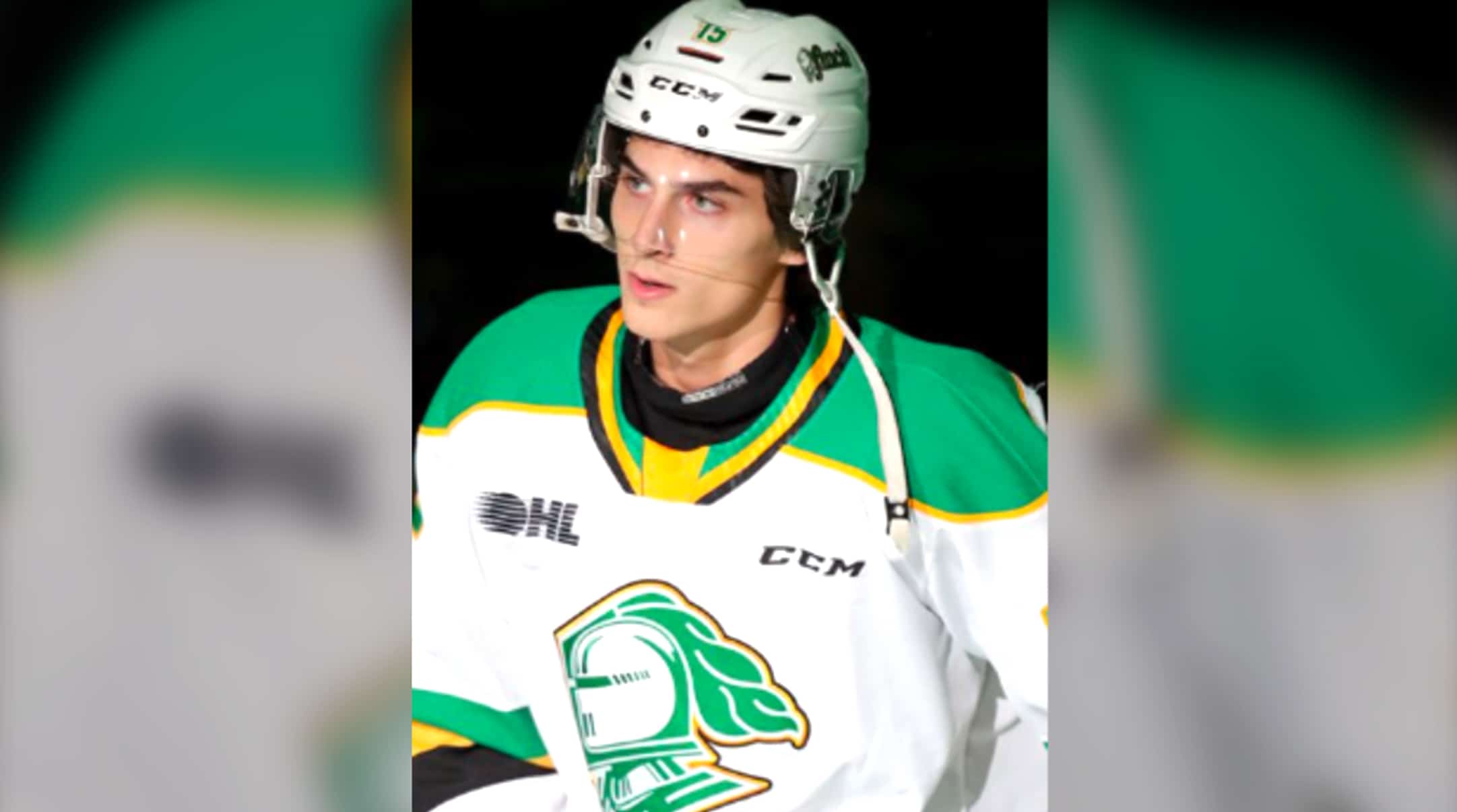 According to multiple media reports, Kazbekov died Saturday morning after falling from a downtown apartment building.

London police are investigating the incident, but foul play is not suspected.

The 18-year-old played in Friday’s 5-2 home victory over the Owen Sound Attack.

“Today I join the entire OHL community in mourning the devastating loss of London Knights player Abakar Kazbekov,” OHL commissioner David Brance said in a statement. “Our deepest condolences are with his family and friends in Russia and his teammates, billets and friends here in Canada.”

The Moscow native had been a member of the Knights since the start of last season.

Kazbekov registered one assist in 12 appearances with London in 2022-23.

The Knights and OHL said Saturday’s game against the Flint Firebirds has been postponed.

The OHL also announced the postponement of three other Saturday games — the Erie Otters versus Saginaw Spirit, Kingston Frontenacs vs. the Peterborough Petes, and Niagara vs. Sudbury — out of sensitivity to individuals involved in the games who were close to Kazbekov.