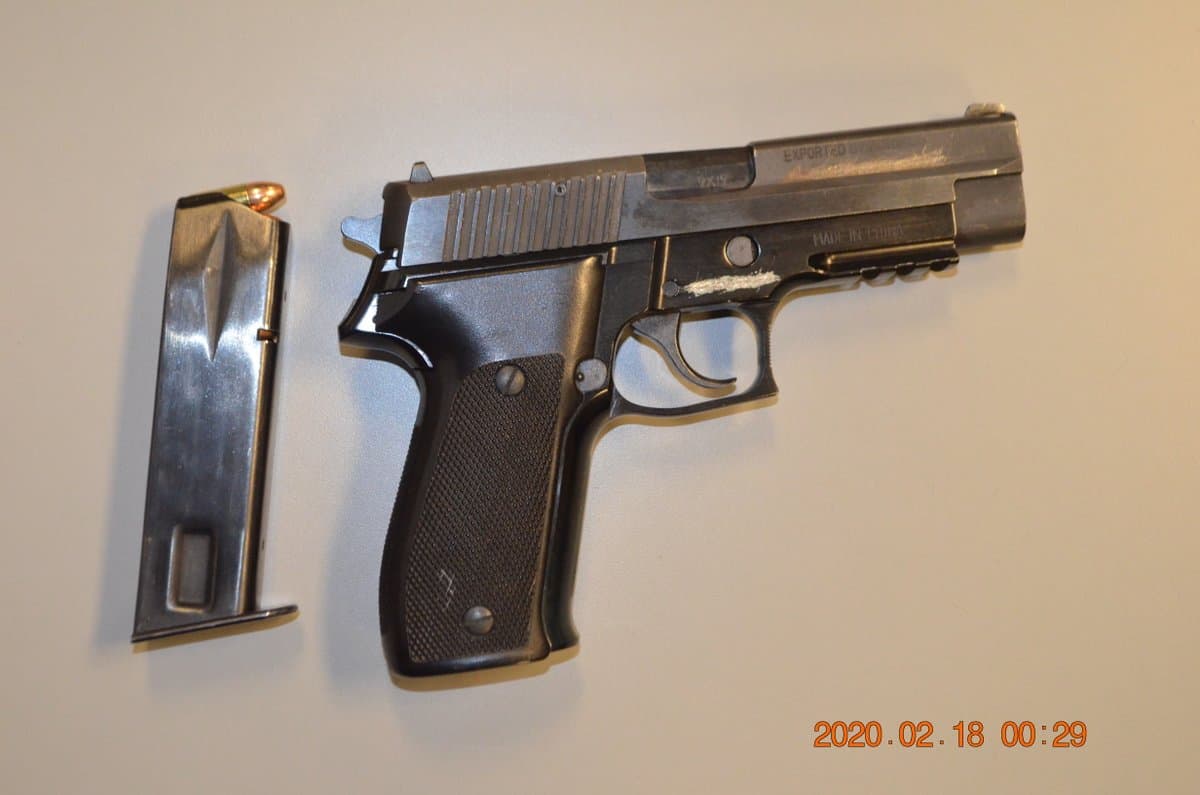 Police have charged a 16-year-old for possessing a loaded handgun, ammunition and a laser sight.

Peel police say that around 9:00 pm on Monday, Feb. 17, 2020, officers arrested a teen during a traffic stop in the Airport Road and Highway 409 area in Mississauga.

Police allege the accused was found in possession of a loaded 9mm handgun and a quantity of ammunition. Police say that at approximately 10:00 p.m., a search warrant was executed at a residence in Bolton and additional rounds of ammunition and a laser sight were seized.

The accused was charged with five firearm-related offences and one count of failing to comply with recognizance.

The accused was held for a bail hearing.

Anyone with information regarding this incident is asked to contact investigators with the 21 Division Criminal Investigation Bureau at (905)453-2121 ext. 2133.