19 flights with COVID-19 landed at Pearson Airport in Mississauga 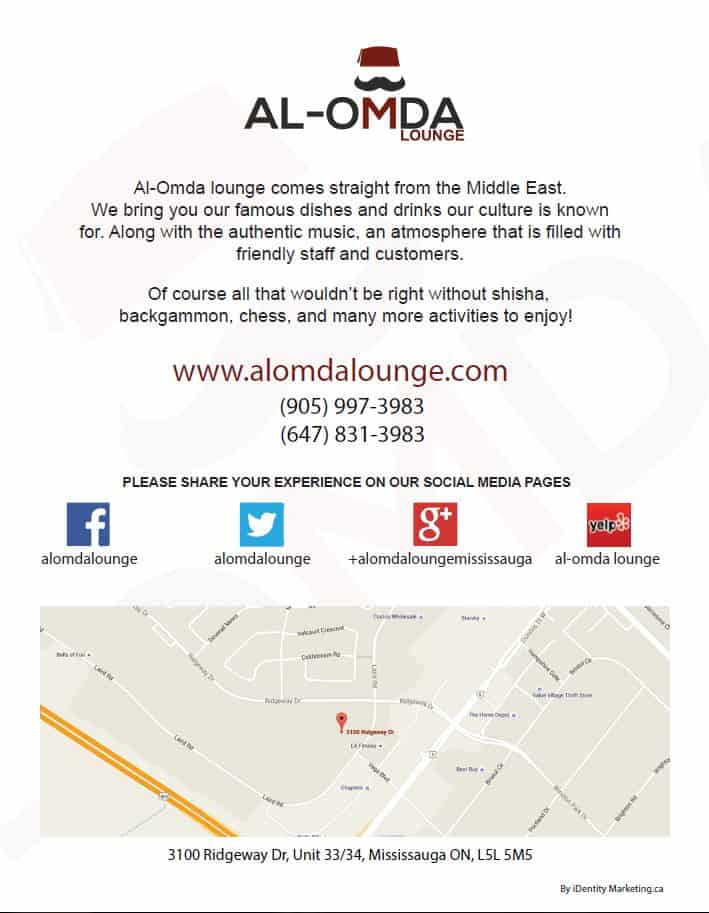 The three domestic flights were reported between March 4 and March 8, one of which departed Pearson for Calgary and two for Halifax.

The 16 international flights landed at Pearson between March 3 and March 6. 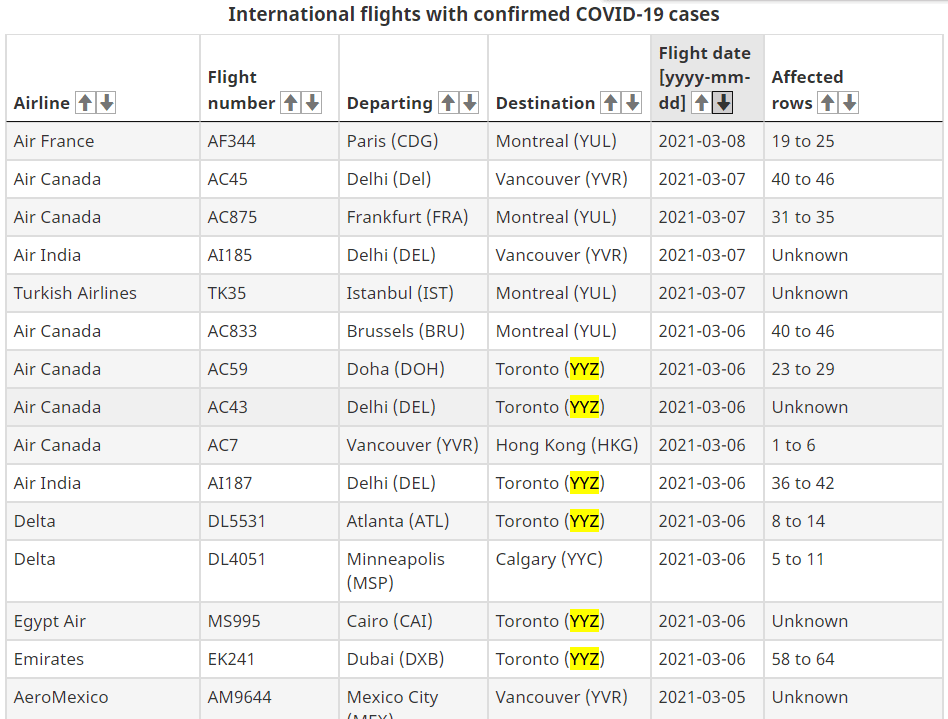 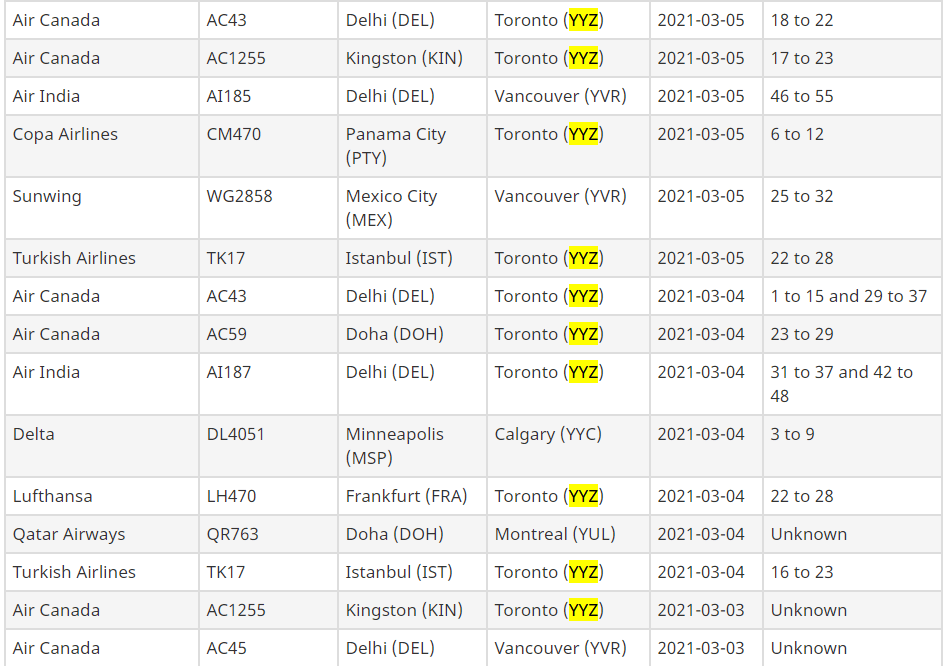