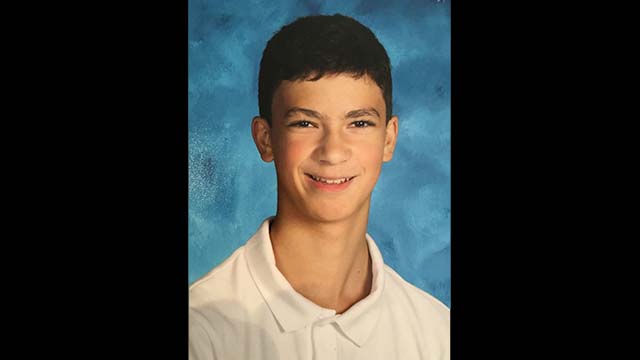 A 15-year-old Mississauga boy (pictured above) has been identified as the victim of a fatal stabbing that took place on Sherway Gardens Road in Etobicoke.

Toronto police say that on Saturday, August 18 at 9:43 p.m., officers were called to the scene of a stabbing at 235 Sherway Gardens Road.

All were transported to hospital.

One of the boys was suffering from a life-threatening stab wound and was later pronounced deceased at the hospital.

He has been identified as Jack Meldrum.

Police say that on Monday, August 20, a 15-year-old boy was arrested in connection with the incident.

He has been charged with second degree murder and is scheduled to appear in court on Aug. 21.

Investigators are appealing to anyone who may have seen Meldrum or have information about his whereabouts on Saturday, August 18, 2018.