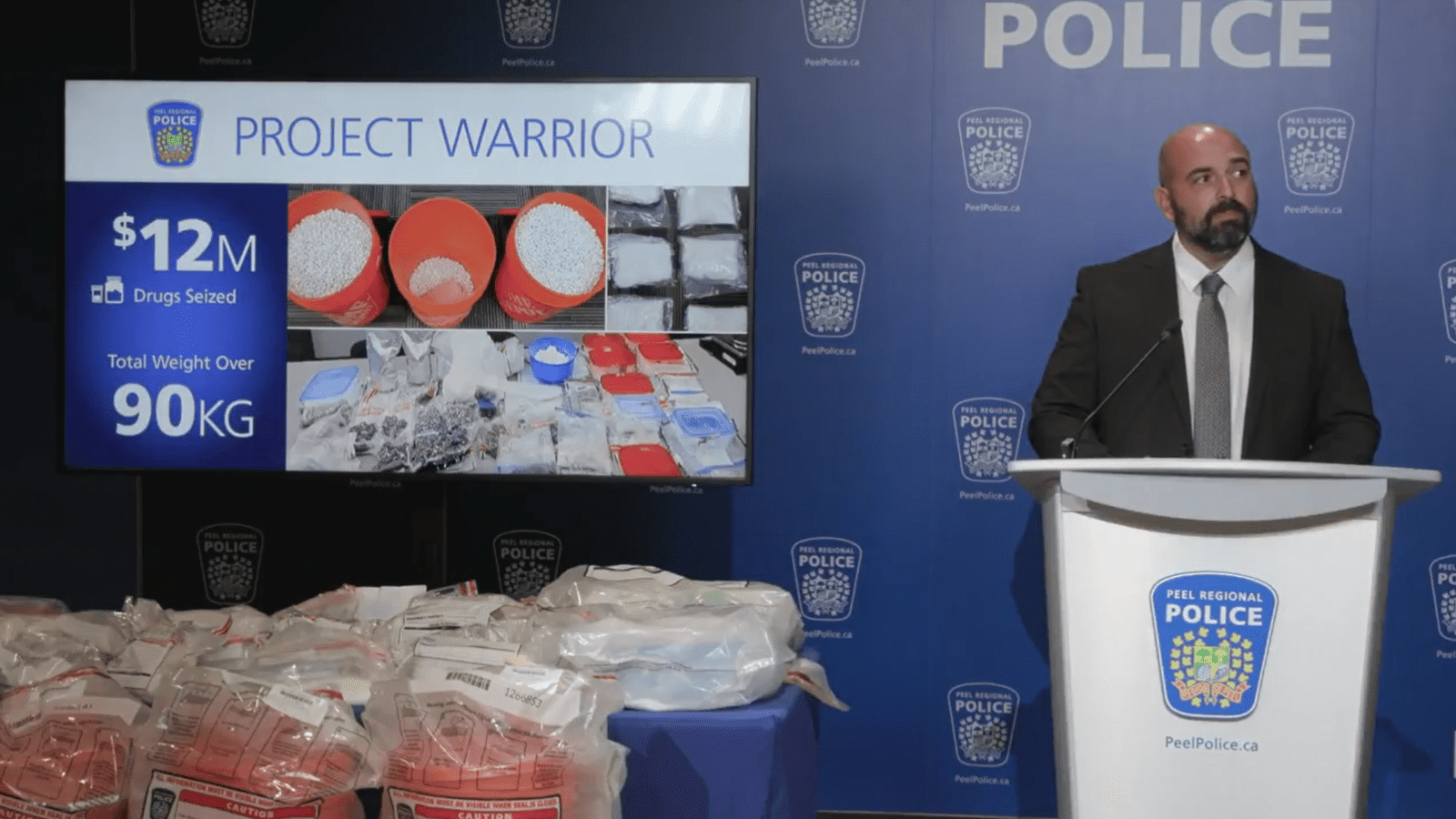 Peel Regional Police have seized over $12 million worth of illicit drugs after investigating an organized crime group with strong ties to Mississauga and Brampton.

In 2021, police began investigating a group of people believed to be trafficking large amounts of illegal and controlled drugs throughout Peel Region and the GTA.

Officers executed search warrants throughout the GTA, including a storage facility in Concord, Ontario and three other searches in Etobicoke, Kleinberg and North York.

The searches resulted in police seizing over 90 kilograms of various illicit drugs:

As a result of the investigation, dubbed “Project Warrior” by police, four people have been arrested and are facing charges.

Phi Ho, a 35-year-old man of Kleinburg, is charged with seven counts of possession for the purpose of trafficking and two counts of breach of recognizance.

Quang-Thai Ho, a 38-year-old man from Toronto, is charged with three counts of possession for the purpose of trafficking.

Quan-Binh Ho, a 37-year-old man from Toronto, is charged with three counts of possession for the purpose of trafficking

Iman Pazirandeh, a 30-year-old from Toronto, is charged with three counts of possession for the purpose of trafficking and one count of possession of a controlled substance.

“What this means is it’s $12 million of a potentially lethal drug that is no longer on the street,” said Deputy Chief Nick Milinovich at a press conference today (Aug. 30).

“It’s no longer available to be shared with people who are struggling with health issues.”

Opioid addiction and opioid-related deaths have skyrocketed in Peel in recent years, with Mississauga and Brampton seeing a 249% increase in opioid deaths since 2014.

The issue has become pressing enough for Regional Council to consider implementing supervised consumption sites in Peel where drug users would be supervised and administered naloxone in the event of an overdose.

At this time, council is considering Mississauga’s Cooksville area and downtown Brampton as two possible locations for the first supervised consumption site to be established.

Anyone with further information related to the investigation is asked to contact the Specialized Enforcement Bureau at 905-453-2121, extension 3515.