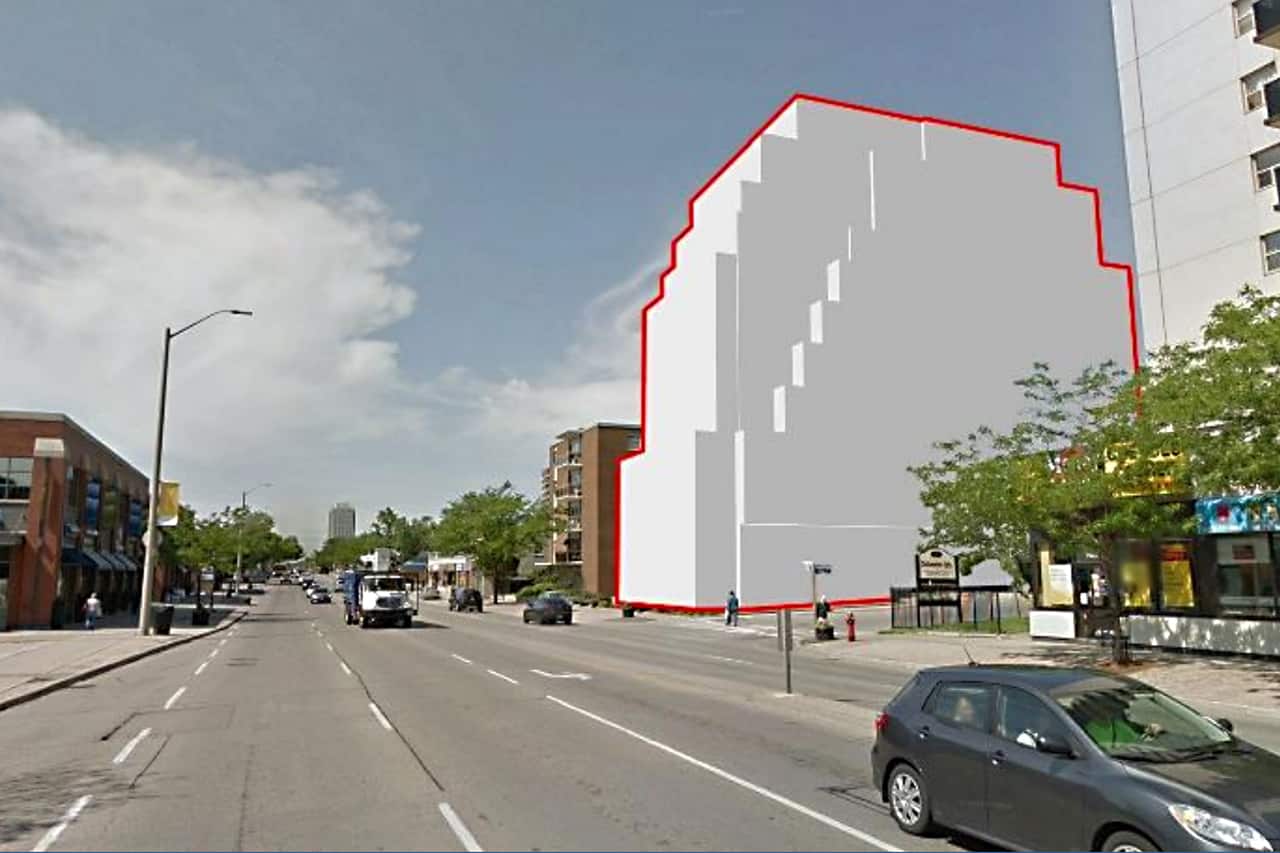 The condo at 128 Lakeshore Rd. E. would be much taller than buildings along this stretch of the road. City of Mississauga illustration

A proposal to build a 11-storey condo development, replacing a nearly 100-year-old funeral home, was rejected by Mississauga councillors.

Community members fought the proposal to develop a Port Credit property at 128 Lakeshore Rd. E., just west of Hurontario St. into an 11-storey, 42-unit condo building. The maximum allowed height is three storeys for this location.

The proposal also included 37 parking spaces in an underground garage with no visitor parking.

The two-storey Skinner & Middlebrook Funeral Home was built here, in part, from 1923 to 24, according to Heritage Mississauga. It underwent renovations, altering the façade in 1962. Heritage Mississauga calls it a “landmark in every sense of the word.” 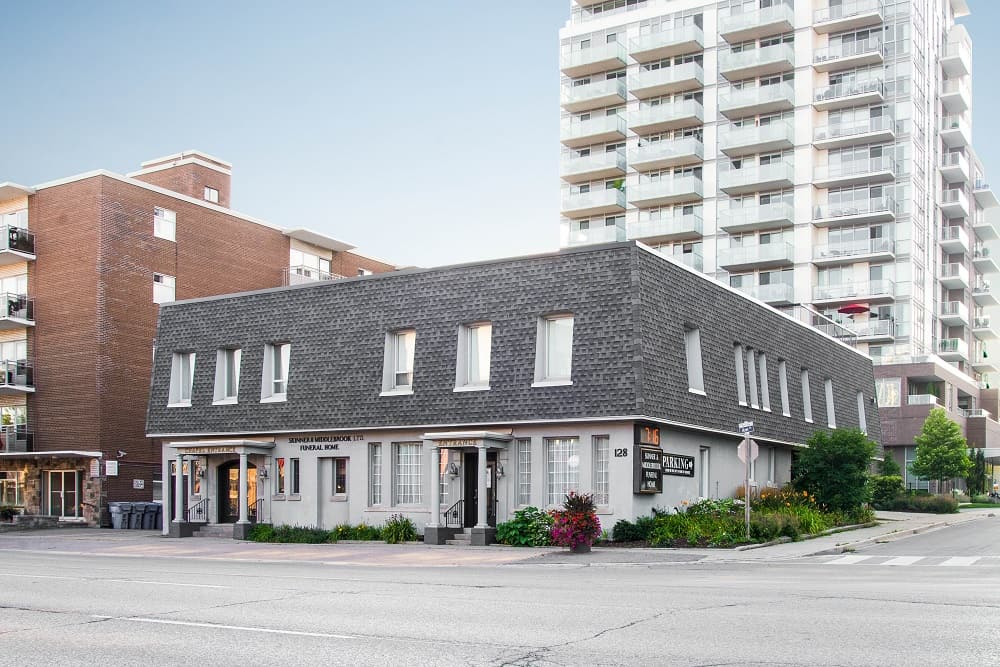 The application first came in January this year. At a community meeting in June, residents raised concerns about the density, height, increased traffic of the proposal and setting a precedent for tall buildings in this area.

Lower storey commercial buildings maintain the village character for this portion of Lakeshore Road, said Michael Franzolini, development planner for the City of Mississauga, at the Planning and Development Committee meeting on Nov. 21.

In addition, Franzolini noted the site is too small for proper setbacks from the road.

The site is so small, a garbage truck couldn’t get to the building, said Ward 1 Councillor Stephen Dasko.

“It has to go for curb side pick up,” said Dasko.

It would also be too close to a neighbouring building.

“The spacing between the faces of tall buildings enhances privacy, opens up views between buildings and permits access to sunlight and views of the sky,” the report on the project notes.

Dasko supported the planning report in rejecting the proposal.

“It is not acceptable from a planning standpoint and should not be approved,” he said.

Council agreed and passed the motion to reject it unanimously.

But the project is not dead yet. The developer went to the Ontario Land Tribunal, which could override council’s rejection, earlier this year. The case comes to the tribunal on Oct. 10, 2023.