$100-million Mississauga pier would be longest on Lake Ontario, if it’s built 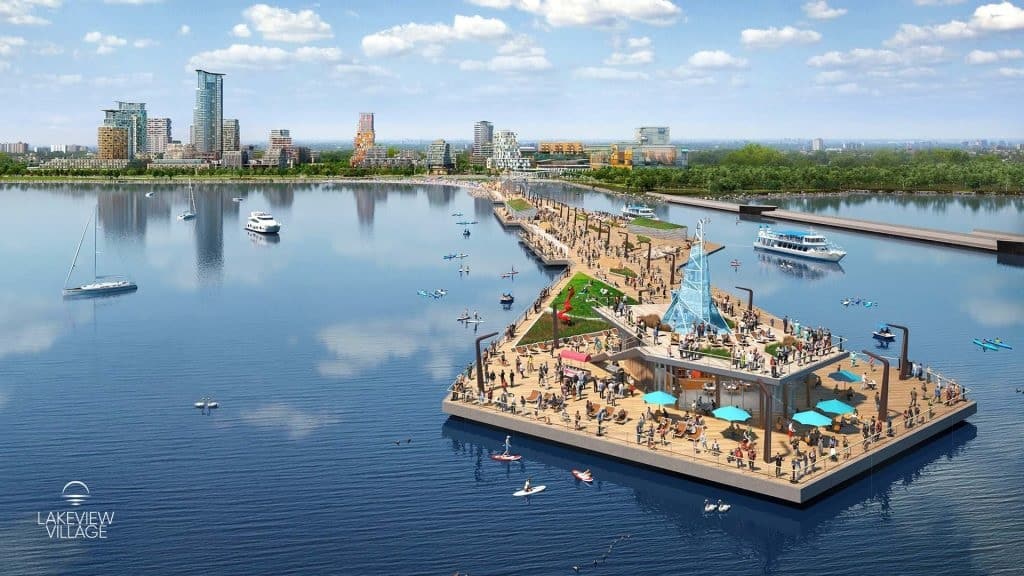 Mayor Bonnie Crombie says a $100-million pier that would be the longest such Canadian attraction on the Great Lakes would go a long way towards putting Mississauga on the international tourist map.

At 600 metres in length, the pier that’s being planned as part of the huge Lakeview Village waterfront development in southeast Mississauga would be significantly longer than the nearby Burlington pier (137 metres in length), but much shorter than Chicago’s Navy Pier, which juts out more than 1,000 metres into Lake Michigan.

If it comes to fruition, the pier would be the longest on Lake Ontario and “an iconic landmark for Mississauga’s waterfront,” the developer says. 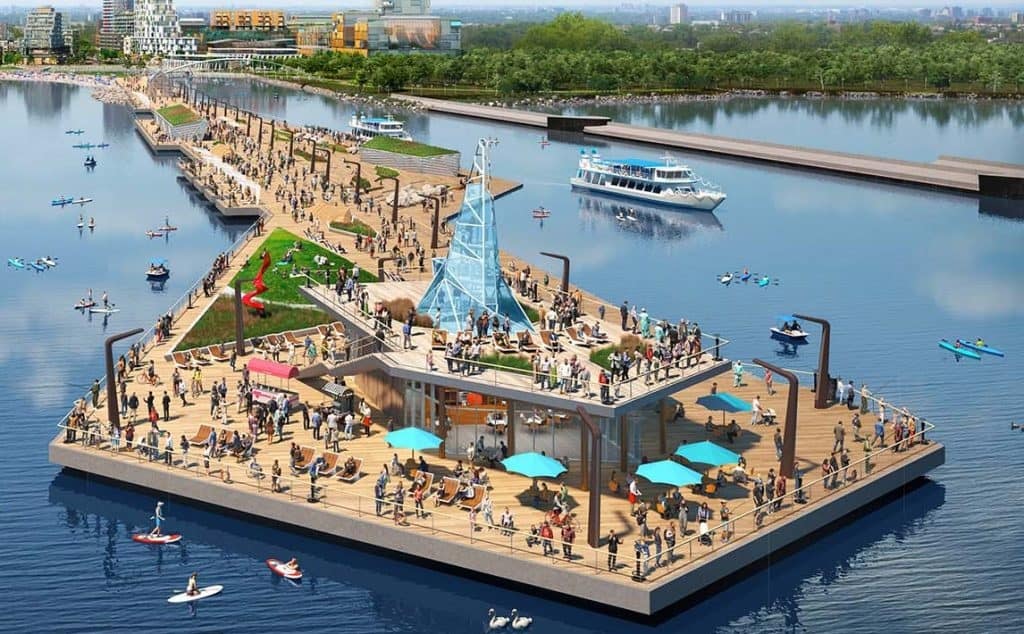 In an Instagram interview yesterday afternoon (Jan. 9) with insauga.com publisher Khaled Iwamura, Crombie described the project as “very exciting” and “amazing,” but cautioned it will only become reality if the money to build it can be found.

“There’s opportunity for restaurants on the pier and little shops. It’s amazing; it’s absolutely amazing,” said Crombie. “But it’s a significant cost. They’re estimating it at $100 million. So, how does one pay for that?

“It would be a huge amenity to Mississauga and the Lakeview development, and I think we’ve had the conversation that it could more easily happen if we were a single-tier city because all those development charges that would fund it would come to the city rather than to the Region (of Peel),” the mayor continued.

“It’s very exciting. Can you imagine of all the things to come and see when you’re in the GTA–the bustling downtown of Toronto, the CN Tower and then the pier in Mississauga. I think it’s just one of those must-see tourist attractions for our city. I think it would be wonderful. (But it’s a) question of the financing and timing and all of that. But it is a very exciting project for sure.”

Lakeview Community Partners Limited (LCPL) is developing the 177-acre site that will feature a mixed-use development of 8,050 new homes and bring some 9,000 long-term jobs to Mississauga. 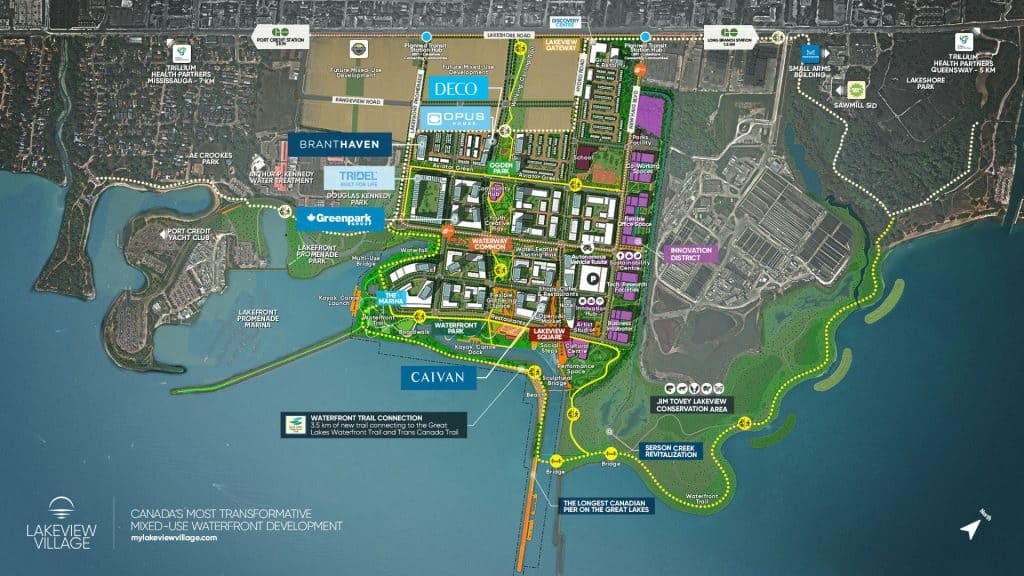 The new community will be built out over the next 15-20 years and will also include a state-of-the-art innovation district that aims to become “the largest hub for technology, innovation and research in Canada,” according to the developer.

It will rise up on the land where the Lakeview Generating Station and its four stacks once stood.

LCPL said earlier that the ambitious project will serve as a model for sustainable mixed-use developments across the country.

After the development was given the green light in late 2021 by the City, Crombie said the new community will be a welcome addition to Mississauga.

“I think we all agree this is very transformational for our city. We are building on what was brownfield, and creating something extremely cutting edge, sustainable, beautiful…with the community’s input,” she said at the time.