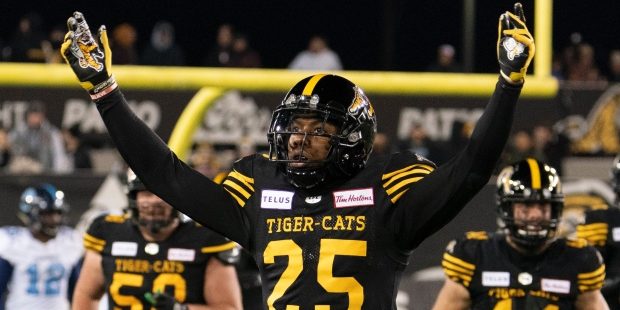 A first-time all-star, White, 27, started 13 games at receiver for the Tiger-Cats in his first CFL season, leading the team and ranking sixth in the league in both receptions (56) and receiving yards (774) while adding two receiving touchdowns. The 5-10, 185-pound native of Santa Clarita, California was also second on Hamilton in combined yards (873), adding 12 carries for 81 rushing yards and one kickoff return for 18 yards to his totals in 2021.

Acklin, 26, is also a first-timer. He started all 14 games at receiver for the Tiger-Cats in 2021, leading the team in targets (77) and touchdown receptions (tie-4), and was second in receptions (50) and receiving yards (678). His 678 receiving yards was good enough for 10th overall in the CFL. The 6-2, 190-pound native of Mountain View, Missouri also added one rushing attempt for five yards and secured two onside kick attempts for the Ticats on special teams in 2021.

Revenberg, 28, started all 14 games at left guard for the Tiger-Cats this season and earned his third consecutive divisional all-star appointment. The 6-4, 301-pound native of Essex, Ontario was also named Hamilton’s Most Outstanding Offensive Lineman for the second time in his career, previously earning the honour in 2018 when he was an eventual finalist for the CFL award. Through five CFL seasons, the durable offensive lineman has yet to miss a game due to injury (regular season or playoffs) and was also the Tiger-Cats’ Most Outstanding Canadian nominee in 2019.

The 38-year-old started seven games at right tackle for the Tiger-Cats in 2021 earning his seventh divisional all-star honours (2013, 14, 16, 17, 18, 19, 21). The 6-6, 312-pound native of Fonthill, Ontario has now been named an East Division All-Star in five consecutive CFL seasons and seven of the last eight seasons overall and was named the CFL’s Most Outstanding Offensive Lineman in 2019.

Davis, 31, earned his second consecutive divisional all-star selection for the Tiger-Cats. The 6-1, 238-pound native of Crockett, Texas started 13 games at defensive end for Hamilton this season, leading the team and ranking sixth in the CFL with six quarterback sacks. He also led the Tiger-Cats with four tackles for loss in 2021 and posted 39 defensive tackles and two pass knockdowns overall.

Lawrence, 32, earned his fifth-career East Division All-Star selection (2014, 15, 16, 19, 21) this season. The 6-1, 231-pound native of Upper Darby, Pennsylvania started all 14 games at linebacker for the Tiger-Cats in 2021, leading the CFL in interception return touchdowns (tie-2), and ranking fifth in defensive tackles (73) and tied for sixth in interceptions (3). He was also tied for seventh in the league in defensive plays made (85), was second among all linebackers in quarterback sacks (4) and added three pass knockdowns to his 2021 totals.

The University of Minnesota product now holds the Tiger-Cats’ franchise record in career total tackles with 609. In the final game of the 2021 season, he surpassed previous record-holder, Rob Hitchcock, who finished with 606 total tackles in his career as a Ticat. Lawrence also currently sits 17th in CFL history with 617 career defensive tackles.

Rolle, 31, was named an East Division All-Star for the first time in his career in 2021. The 6-0, 190-pound native of Wilson, North Carolina started 14 games for the Tiger-Cats at both field and boundary cornerback and led the CFL in pass knockdowns (11) while registering 40 defensive tackles, three special teams tackles and two interceptions. He returned one of his interceptions 87 yards for a touchdown – the second-longest defensive return touchdown of the 2021 CFL season.

Brooks, 30, was named a divisional all-star for the second time in his career (2018, 2021). The 5-10, 200-pound native of Miami, Florida started 12 games at defensive halfback for the Tiger-Cats in 2021, leading the CFL in interceptions (tie-5) while adding 23 defensive tackles, one quarterback sack and three pass knockdowns.

Adeleke, 26, earned his second consecutive divisional all-star selection for the Tiger-Cats, previously getting the nod in 2019 for the first time in his career. The 5-10, 208-pound defensive back started 12 games at safety for Hamilton in 2021, registering 44 defensive tackles, two quarterback sacks, two interceptions and six pass knockdowns. Adeleke, who was born in Lagos, Nigeria but grew up in Ottawa, Ontario, was also the Tiger-Cats nominee for the CFL’s Most Outstanding Canadian for the first time in his career this season. 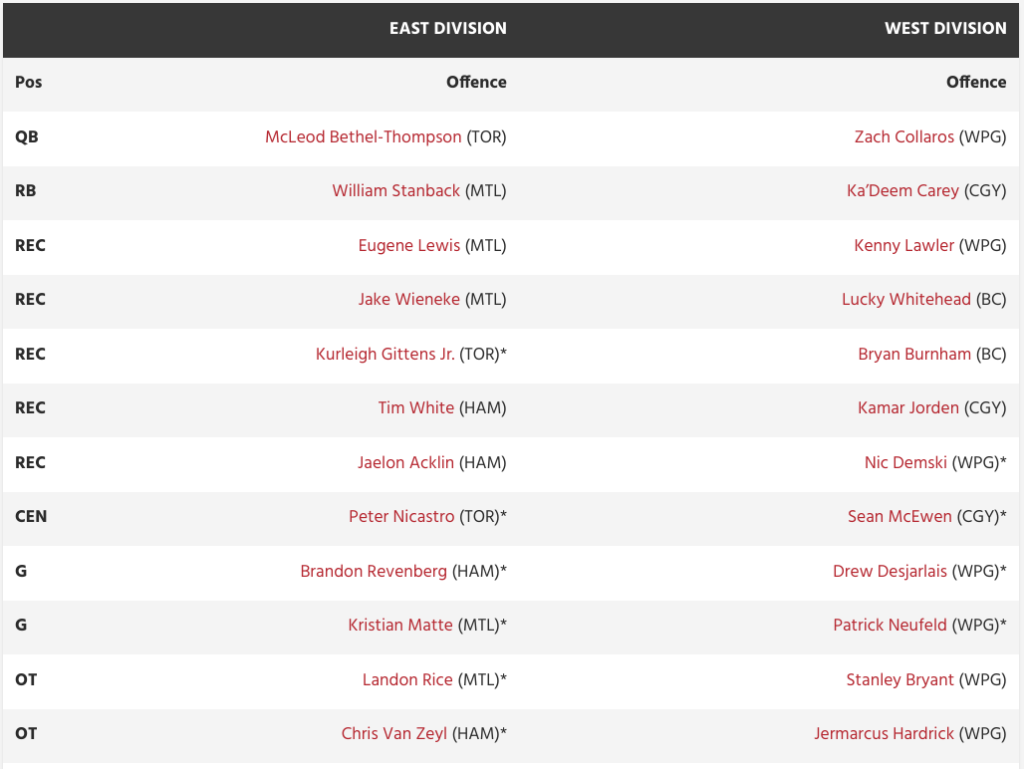 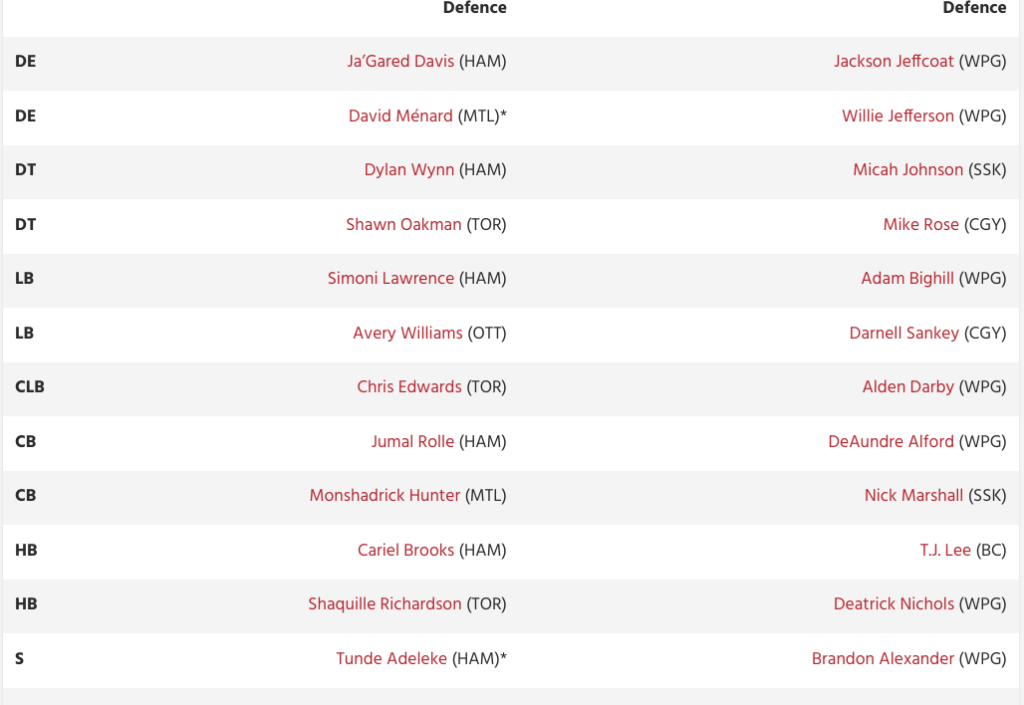