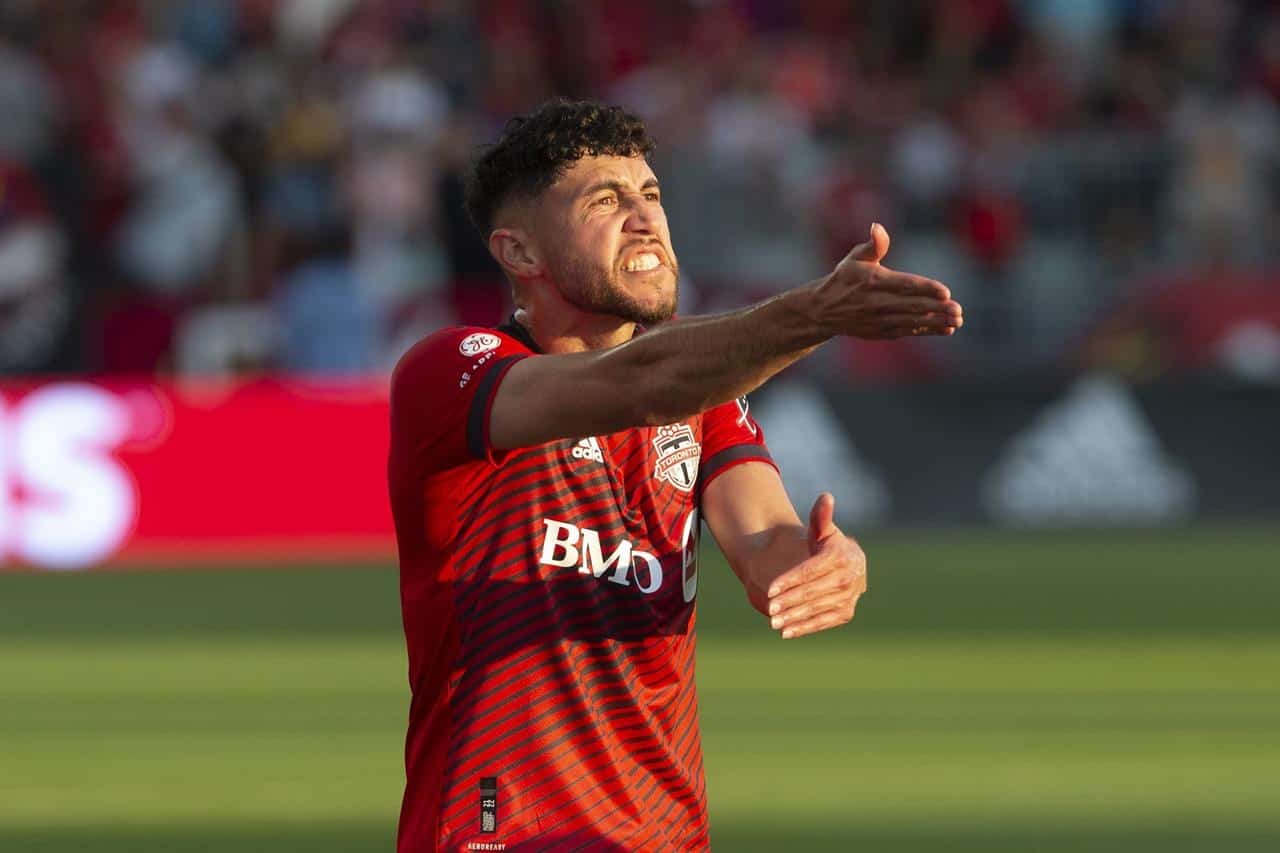 Veteran midfielder Jonathan Osorio has elected to stay in Toronto, rather than test the waters abroad.

Osorio, whose contract with Toronto FC had expired, has signed a new three-year contract plus a 2026 option with Toronto, using targeted allocation money.

The 30-year-old, who first took up the game in Brampton Youth Soccer, will be entering his 11th season in TFC colours next year.

The targeted allocation money allows the club to buy down the salary cap charge for an existing player providing he earns more than the maximum salary budget charge, which was US$612,500 in 2022.

Osorio, who made US$1.026 million in 2022, leads the MLS club with 318 appearances in all competitions and is tied for third in franchise scoring with 58 goals.

“Jonathan represents the club and the city, and we are proud to have one of the top Canadian players on our side,” Toronto FC president Bill Manning said in a statement Monday. “He is a true professional and a real competitor who wants to strive every year for trophies. His passion and love for Toronto FC represent what we are as a club, and we know he will contribute to further success.”

Osorio has made no secret of his desire to play in Europe and at TFC’s end-of-season availability in October, noted “Everything’s an option at this point.”

But he said it had to be the right move.

“Should a good opportunity present itself overseas, if it’s the best option, then I will take it,” he said. “For me it’s about taking the best option. It’s not about going to Europe because I dreamt about it. It’s about now I think I’m at the point of my career where it has to be the right move.”

He ultimately elected to stay put.

“Ten years ago, my dream was to play for this club. Today, my dream is to make history with Toronto FC and take the club back to where it belongs,” Osorio said in a statement Monday. “This club and city mean everything to me. I am excited to continue to play in the biggest games at BMO Field in front of our fans and compete to be successful and win trophies every year.”

Toronto (9-18-7) finished out of the playoffs in 13th spot in the Eastern Conference for the second year in a row.

“I have enjoyed working with Jonathan this past season, and I’m excited to know he’s returning to the club for the long-term,” Bob Bradley, said Toronto’s head coach and sporting director, said in a statement. “Everyone knows what Jonathan has done for the club. He has established himself as a leader on and off the field. His work ethic and commitment to the club are important to us moving forward.”

Henry boots it to Minnesota

Osorio, who saw action in all three of Canada’s games at the World Cup in Qatar, has won 60 caps for Canada.

The 29-year-old started the season with Los Angeles FC before joining TFC in July after being waived.

Henry has won 44 caps for Canada but missed the World Cup after suffering a calf injury on the eve of the tournament. He was with the Canadian squad in a non-playing role in Qatar.